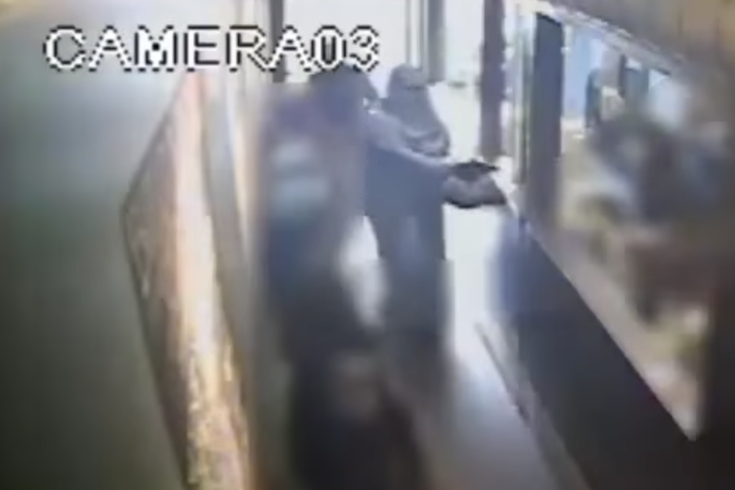 Philadelphia police are searching for two gunmen who, while dressed in women's clothing, shot and killed one man and injured a teen inside an North Philly restaurant.

Police are searching for two gunmen who killed one man and injured a teen while wearing women's clothing at a North Philadelphia restaurant.

Authorities said the two men entered the business wearing "female garb with head coverings." Both men fired gunshots at the store's employees before fleeing the scene.

Responding officers found Aaron Jones, 23, of North Philly, on the floor with a gunshot wound to the back. He was transported to Temple University Hospital where he was pronounced dead. Another victim, a 16-year-old boy, was already being treated at the hospital for a gunshot to the leg when police arrived.

Police were not able to describe the suspects but did identify their getaway vehicle. They fled in a 1995-2002 dark metallic green Buick Park Avenue that was operated by a third person.

The city is offering a $20,000 reward for information that leads to an arrest and conviction.