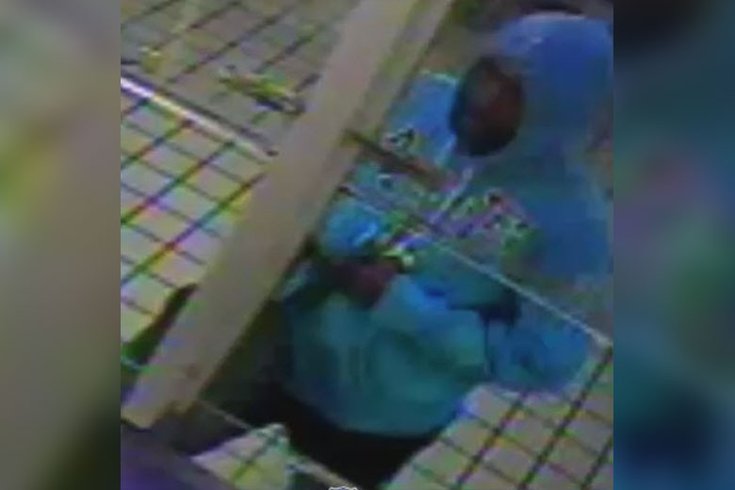 Police are looking to identify and locate the suspect they say robbed a Crown Chicken Restaurant in Ogontz.

Police are seeking the public's help in finding a suspect who allegedly robbed a restaurant in Ogontz at gunpoint.

In surveillance video released by police Tuesday, an unknown male suspect can be seen entering the Crown Chicken Restaurant at 1900 Chelten Ave. on Monday at 4:40 p.m.

According to police, the suspect approaches a 31-year-old male employee at the cash register and pulls a handgun from a dark-colored duffel bag. He points it at the employee, demanding money and threatening him, police said.

After taking an unknown amount of money from the register, the suspect flees on foot, police said. He was last seen heading west on Stenton Avenue. No injuries were reported.

Police describe the suspect as a black male, 25 to 30 years old, around 6 feet tall, with a dark complexion, scruffy beard and thin build. He was last seen wearing a light blue American Eagle hooded sweatshirt, blue jeans and was armed with a handgun.