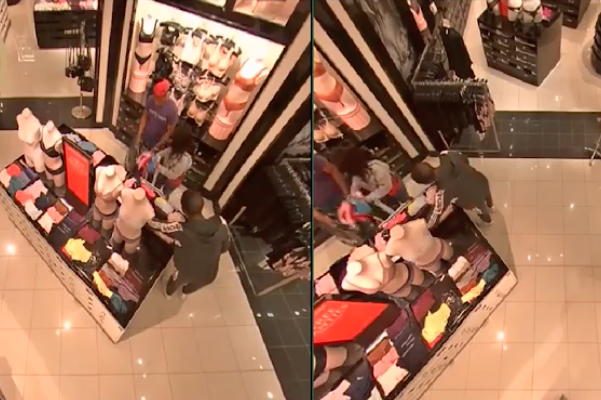 The Evesham Police Department in Burlington County released security footage of three suspects who stole more than 400 pair of underwear from a Victoria's Secret store.

Three people allegedly stole about 400 pairs of underwear valued at $4,200 from a Victoria's Secret store in South Jersey, police said.

Two suspects inside the store began placing handfuls of merchandise inside a large blue Xios shipping bag on Sept. 25 around 7:30 p.m., according to Evesham Township Police. A third suspect allegedly acted as a lookout.

The theft occurred at the Victoria's Secret in the Marlton Square shopping complex in Evesham Township, Burlington County.

Video footage released on Facebook Wednesday morning captured the suspects emptying out one of the displays full of undergarments.

Police said the same trio also is suspected of shoplifting from Victoria's Secret stores in Yonkers and Queens in New York.

Police are asking anyone with information regarding the incident or the suspects to call the Evesham Police Department at 856-983-1116 or the department's confidential tip line at 856-983-4699.