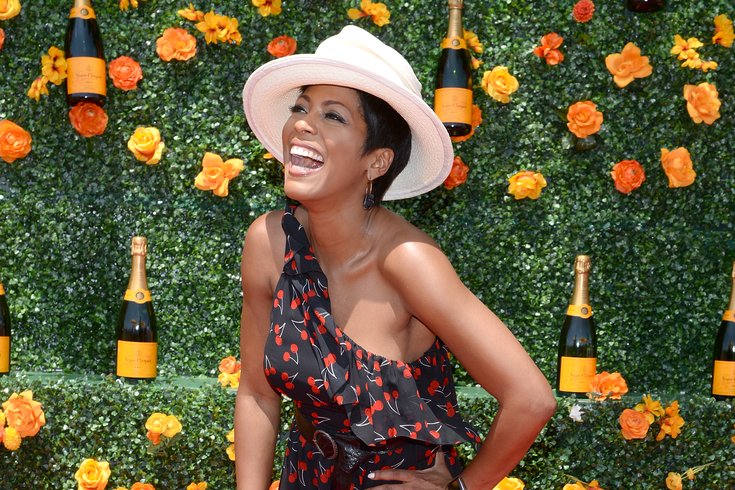 The news comes after Hall revealed early last month that the show would launch in partnership with Disney-ABC.

"I want to extend this very real community to daytime," she said in a video posted on Twitter. "You know when people say, 'I wanna make you cry, I wanna make you laugh,' I don't wanna make you do anything. I wanna do it with you. I want you to know that I'm in there with you. I'm the girl next door, and you're my neighbor. We are all community."

I’m thrilled to announce my partnership with the ABC Owned Television Stations to launch my new @Disney and @ABCEntertainment talk show next fall! Here’s a sneak peek of what we’re cooking up for you all! pic.twitter.com/lOPJAJIWKS

Hall's show plans have been in the works for quite some time.

Back in 2017, she reached a deal with Weinstein Television to develop a show she would host and executive produce, but it came into question when Harvey Weinstein's alleged history of sexual misconduct went public.

“We’re excited to bring Tamron Hall to our ABC Owned Stations next fall and are confident she’ll be a unique and welcome voice in daytime,” said Wendy McMahon, president of ABC Owned Television Stations Group in a statement. “Tamron is refreshingly authentic and approachable. She genuinely cares about people, their struggles and their triumphs. We know she’ll connect with our audiences in a personal and positive way.”

In a statement, Hall said that as a reporter and anchor in Philadelphia and beyond, she learned it's "vital to tell stories that reflect local communities." The Temple University alumnus is a former Today show co-host, anchor for MSNBC Live, and host of a crime show on Investigation Discovery.

Thank you soooooo much. Yall lifted me and I am grateful. https://t.co/2z2eW1ifoE