Though she's long since gone global, Swift, 29, gives two nods to her Northeast roots on her new album 'Lover' 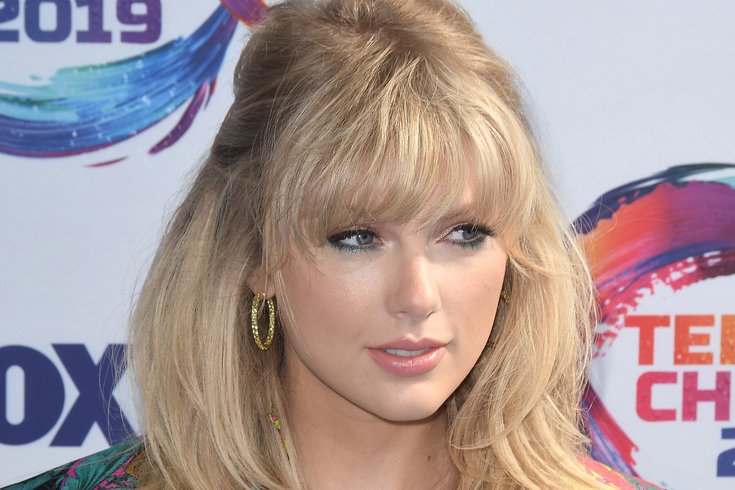 Taylor Swift, who grew up in Reading, Pennsylvania, released her newest studio album, "Lover", with a shout out to one of the area's biggest rock n' roll icons.

Pop megastar Taylor Swift, who grew up in Reading, Pennsylvania, released her newest studio album, "Lover", on Friday. You undoubtedly already know this if you have a child, or a friend under the age of 30. It's a pretty big deal.

"I love my hometown as much as Motown, I love SoCal/And you know I love Springsteen, faded blue jeans, Tennessee whiskey"

You can listen to the full song below:

Here, Swift uses Springsteen as a stand-in for a recognizable Americana touchstone in a song about the United Kingdom. She lists Springsteen alongside faded blue jeans and Tennessee whiskey as signifiers of her continued allegiance to the U.S., which is understandable.

The Boss is the ideal candidate for a broad-strokes, U.S. rock-and-roll icon, from his imagery to his music's content, even if listeners sometimes misunderstand the messages behind the songs. It's a good choice.

And using "my hometown" instead of "Reading" is, outside of a rhyming choice, an obvious decision for a songwriter appealing to a wide audience. "My hometown" lets every listener relate to the lyric, not just people in the know.

When the PhillyVoice staff learned about the shoutouts, though, it did make us wish she gave her home state just a bit more shine in her writing. The obvious problem is no one strongly associates Pennsylvania with musicianship, the way they do Nashville or the state of Tennessee, in general. Reading, Pennsylvania, certainly doesn't hold the international allure of New York City or Los Angeles.

But it would be so cool if Swift had her current megastardom, and then randomly shouted out Reading or the Lehigh Valley in a song once per album. We can dream.

Interestingly, the adoration between Swift and Springsteen isn't a one-way road.

In 2017, Springsteen talked about Swift, being introduced to her music through his daughter, and Swift's songcraft:

"My daughter was in college she took me with all of her girlfriends, and it was a fantastic show. (Swift’s) audience experiences her songwriting very, very personally, and I think she’s speaking to a large part of them very personally. As far as craft, [her songs are] really, really well-built and well-made; they’re very, very sturdy, and the records are too. I admire the modern record-making craft and modern songwriting."

It's neat to watch the successes of two generation-defining stars from Eastern Pennsylvania and the Jersey Shore, especially when their paths intersect, even briefly.