Nearly as many teens are vaping marijuana as nicotine, NIH reports 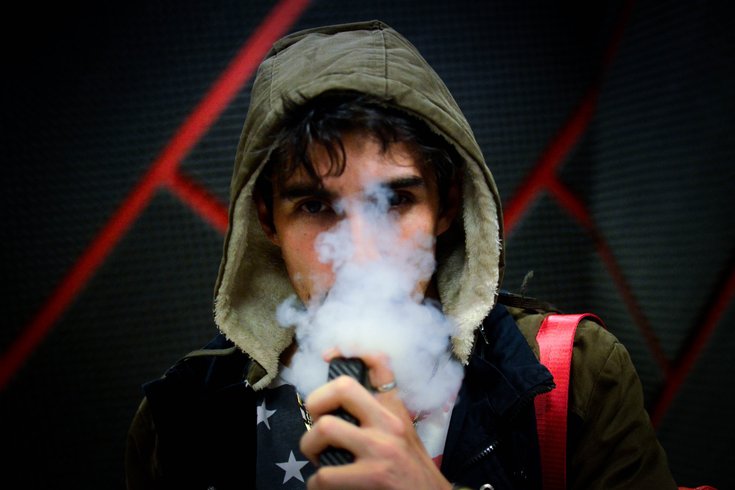 Nearly as many teenagers are vaping marijuana as nicotine, according to a survey conducted by the National Institutes of Health.

More teenagers are vaping marijuana in addition to nicotine, the National Institutes of Health warned on Wednesday.

About 20.8% of high school seniors, 19.4% of 10th graders and 7% of eighth grader vaped marijuana within the last year, according to an annual survey of students across the United States. Those percentages fall just below the percentage of teenagers who vaped nicotine in the last year.

These findings are based off data from the 2019 Monitoring the Future survey, which polled 42,531 students from 396 public and private U.S. schools. According to the Associated Press, about two-thirds of the participants were asked about vaping marijuana.

The percentage of seniors who reported vaping marijuana within the last month nearly doubled to 14% from 7.5% last year – the second largest increase in the poll's history.

Far fewer students reported vaping marijuana daily – about 3.5% of seniors and 3% of 10th graders. But those figures have increased from last year.

The overall marijuana use rate among teenagers remained steady at 35.7% among 12th graders, 28.8% among 10th graders and 11.8% among eighth graders.

Rates for illegal drug use remain low, except for LSD, which saw a spike in use by 10th and 12th graders. Also, the misuse of prescription medicine is on the decline, according to the survey.

"We are heartened to see the continuing decline in the use of many drugs, particularly non-medical use of prescription opioids," National Institute on Drug Abuse Director Dr. Nora Volkow said in a statement. "However, teens are clearly attracted to vaping products, which are often concentrated amounts of drugs disguised as electronic gadgets."

The growing popularity of vaping products, including e-cigarettes, "threatens to undo years of progress" protecting adolescent health, Richard Meich, a co-investigator of the study, told the Associated Press.

"If you want to be a daily marijuana user, vaping makes it easier," he said. Because it is odorless and is easy to carry around, "you can just kind of graze on that all day."

The Journal of the American Medical Association published more on the findings in a research letter penned by Miech and other researchers.

"The absolute increases from 2018 to 2019 among 12th graders for past 30-day use are the second largest single-year increases ever tracked by Monitoring the Future for any substance in its 45-year history (increased nicotine vaping from 2017 to 2018 ranks first)," they wrote.

They added, "As the number of adolescents who vape marijuana increases, so too does the scope and effect of any associated health consequences, which may include lung injury when using black market formulations. The rapid rise of marijuana vaping indicates the need for new prevention and intervention efforts aimed specifically at adolescents."