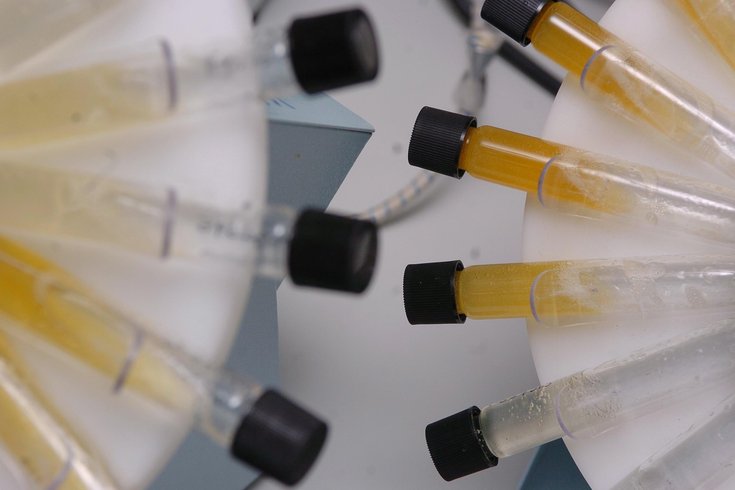 A Nebraska school district is requiring any student that wishes to participate in extracurricular activities to undergo random drug testings for nicotine. Above, urine samples similar to the ones that will be collected as part of the program.

A Nebraska school district has taken a new approach in hopes of combating teen vaping: random nicotine tests for any student participating in extracurricular activities.

For two years, Fairbury Public Schools have required students in grades seven through 12 to undergo random drug tests in order to participate in everything from athletics to National Honor Society, according to the Lincoln Star Journal. Now, it's adding nicotine to its list of testable substances.

The urine tests are administered monthly to 10 percent of the students participating in extracurricular activities, according to the newspaper.

"Vaping and smoking in our view is reaching epidemic proportions," Superintendent Stephen Grizzle told the newspaper. "It's just a way we can deter kids from potentially being addicted to nicotine. Since smoking and using vaping products are against our policies, it makes sense to include that."

About 4.9 million American youths were considered current users of tobacco last year, according to the U.S. Centers for Disease Control and Prevention. That marked a 36.1 percent increase from 2017 – a surge mostly attributable to increases in vaping.

The U.S. Food and Drug Administration has sought to crack down on underage tobacco use, deeming teen vaping a health epidemic.

Some retail outlets, including Walmart and Walgreens, have taken steps to reduce sales to minors.

But Fairbury is among the first public school systems to begin testing for nicotine.

The Supreme Court has ruled that similar drug testing programs are legal, according to The Washington Post. In 1997, the court ruled that testing high school athletes for illegal drugs was constitutional. Five years later, it upheld an Oklahoma school district's program that tested students participating in competitive extracurricular activities.