21-year-old Emile Holland says he sustained a fractured leg, concussion, lost teeth and broken bones after a collision with a Media Wawa line train on Dec. 21 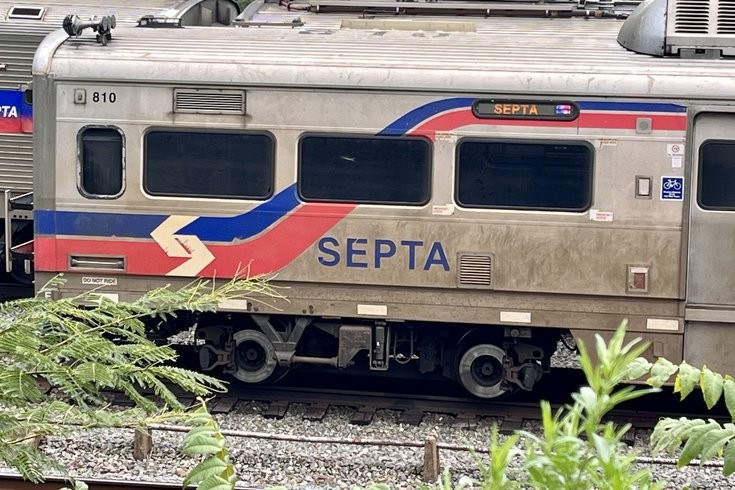 A 21-year-old passenger who was injured after his Uber was hit by a SEPTA Regional Rail train on Dec. 21 is suing the transit authority, his Uber driver and Uber itself. Temple student Emile Holland alleges negligence by his Uber driver and accuses SEPTA of failure to repair its crossing signals.

A Temple University student is suing SEPTA, Uber and his Uber driver following a collision at the Fernwood Station in Landsdowne last month.

Around 1:40 p.m. on Dec. 21, a train on the Media Wawa line crashed into a car attempting to cross the railroad tracks. Two passengers in the car were taken to the local hospital for treatment, but no injuries were reported among train passengers. Service was temporarily suspended in both directions after the collision.

Emile Holland, a 21-year-old studying Africology at Temple, alleges that negligence by his driver and SEPTA's inability to repair its crossing signals led to the crash, which fractured his leg, caused a concussion, knocked out his teeth and broke bones in his jaw.

According to Holland, who works part-time at T-Mobile and teaches GED prep classes, his injuries have hindered his ability to earn income.

The lawsuit, filed Wednesday morning at the Court of Common Pleas of Philadelphia County, claims that Holland's driver, Amir Vancliff, failed to control his vehicle and stop the car at a train crossing. His inability to gauge his surroundings, the lawsuit continues, led to the collision between the car and the Regional Rail train.

Holland's lawsuit holds Uber liable for the driver's negligence. Holland says the rideshare company did not adequately assess Vancliff's ability to drive safely, saying they failed to test his competency as a driver. Holland is seeking $50,000 in damages from Uber.

Uber did not respond to a request for comment on the lawsuit.

The lawsuit also says that SEPTA must ensure train crossings are safe for motor vehicle crossing. In the suit, Holland alleges that the transit authority's failure to fix malfunctioning equipment constitutes negligent behavior, which contributed to his accident and injuries.

A spokesperson for SEPTA said that the transit authority had just learned about the lawsuit and could offer no further comment at the time.

Holland is also seeking $50,000 in damages from SEPTA.

A joint message from attorneys John Morgan and Clancy Boylan on behalf of Holland said, "Our client is lucky to have been pulled alive from a vehicle so thoroughly destroyed by this catastrophic collision. Just one semester away from graduating from Temple, Mr. Holland was looking forward to starting his career and kicking off the next chapter of his life when he made the seemingly mundane decision to trust his Uber driver and SEPTA to keep him safe. Instead, the negligence of these parties changed the course of his life, causing severe injuries that will necessitate months of re-learning to walk and will likely postpone his graduation. We are acting quickly to ensure all relevant evidence is preserved so we can ensure justice and accountability for all parties involved in this terrible incident."

Holland alleges that the injuries he sustained have been physically, mentally and emotionally damaging, stemming from the shame and embarrassment he felt following the wreck.