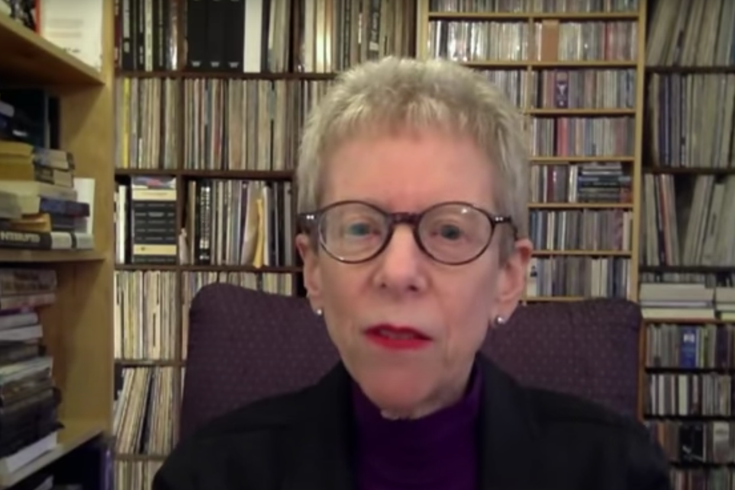 Terry Gross said that the COVID-19 pandemic has helped her feel more connected to the guests she interviews on 'Fresh Air.'

The coronavirus pandemic has all but forced radio host Terry Gross to interview guests virtually for her daily NPR program "Fresh Air," instead of in-person at WHYY-FM's studios in Philadelphia.

Despite the lack of in-person connection over the past year, Gross said that her socially distanced interviews have helped give her more perspective about her work and be more grateful for the conversations she has still been able to have.

"I think cumulatively (the interviews) give a sense of we're all dealing with (the COVID-19 pandemic) in our own way," Gross said during an appearance on "The Late Show with Stephen Colbert" Monday night. "For me, as the interviewer, it was kind of interesting. I spend a lot of time working and preparing for interviews, including on the weekend. So there's many Sundays for instance where I've been home like reading a 600-page book for the next day's interview thinking, 'Everyone else is at the beach. Everyone else is having brunch and two glasses of wine, and I'm on page 200 of the 600-page book.'"

"And like during the pandemic, I stopped doing that," she continued. "I stopped thinking, 'Everybody else is having fun and I'm working on Sunday' and started thinking 'We're all in this together.' We are limited in what we can do and I felt such a gratitude to have meaningful work, to be able to talk to people like you during the pandemic and hear what your experience was like doing your show and hear what other experiences were like parenting or doing their work or not doing the work or being more depressed. Whatever it was, it made me feel very connected to people even though I wasn't actually seeing anybody or being with anybody except my husband."

Gross began her radio career as the host of a number of programs at the University of Buffalo's campus station in 1973. She said that her on-air experience in college helped set up her 46-year run at NPR.

"When NPR got started, a lot of the people at NPR came from college campus stations and the college campus stations were also feeding a lot of reports to NPR," Gross said. "It was a really exciting time to start, and I think as a woman, it was a great place to start because the women's movement was really big on campus and women were breaking into radio at our college station and other college stations."

Gross has served as the host and executive producer of "Fresh Air" at WHYY-FM in Philadelphia since 1975. The daily talk show was picked up nationally by NPR in 1985 and turned into a weekly half-hour show. "Fresh Air" became the daily, hour-long national program it is today in 1987.

Gross is considered by many to be one of the best interviewers in the media. Her knowledgeable questions have been applauded for their ability to foster insightful answers and engaging conversations with guests. The goal of every interview she conducts is to learn something new about the subject, Gross said.

"For instance, if it's not like a news interview, if it's not about an area of expertise or something in the news, I like people to be casual," she continued. "I want to get to know them, therefore have the listeners get to know them. I want them to be casual, funny and confident to feel comfortable enough to reveal their best public self. And I don't delude myself to thinking that people are going to become naked on our show and reveal their secrets, it's not the place for it. We all need privacy and something personal in our lives. But to be their best public self and most comfortable public self."

"Fresh Air" can be heard every weekday at 3 p.m. on WHYY-FM.