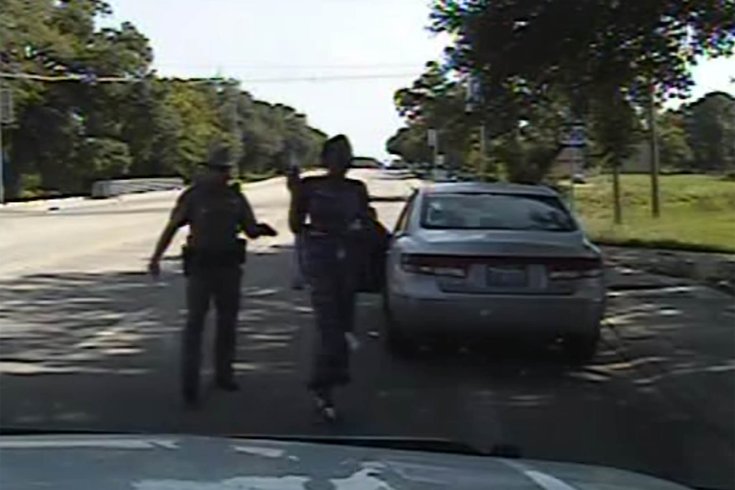 The Texas Department of Safety has released dashboard cam video of the arrest of Sandra Bland.

The dashboard video camera of a traffic stop in Texas of a black woman later found hanging dead in her jail cell was not edited but efforts are being made to repost it, Texas officials said on Wednesday, citing technical issues.

The video, released publicly late on Tuesday, shows how the stop of Sandra Bland for a failure to signal a lane change quickly escalated into an altercation between her and a state trooper. Footage where a car or a tow truck driver are suddenly seen in different places or gone raised questions about whether the video had been altered.

"The video has not been edited," Tom Vinger, a spokesman for the Texas Department of Public Safety, said in a statement. The department has also asked the FBI to investigate "to ensure the integrity of the video," he added.

Vinger said some of the video during a conversation between the trooper and his sergeant after the arrest of Bland was "affected in the upload and is being addressed," and that DPS was working to repost it.

Bland, a 28-year-old woman from the Chicago area, was pulled over on July 10 near Prairie View, Texas, northwest of Houston.

She was taken into custody and later found hanging in her jail cell with a plastic trash bag around her neck. Bland had been charged with assaulting an officer.

Her death was originally ruled a suicide, although officials have said they are handling it as a murder probe. But Bland's family, while acknowledging her previous struggles with depression, has dismissed the idea she was suicidal.

The state trooper, Brian Encinia, has been put on desk duty for violating protocol.

Demonstrators have protested outside the jail where Bland died, and her case has been taken up by activists who say it is the latest example of racial bias and excessive force by U.S. law enforcement. The trooper involved in the incident is white.

The 52-minute video shows Encinia approaching the car and asking if Bland is irritated. Bland says she is upset about being stopped for such a minor issue.

The trooper later asks Bland to put out her cigarette, which she refuses to do, setting off an argument that leads to Encinia pointing a Taser at her and shouting: "I will light you up."

Bland asks at least 10 times about why she is being arrested before Encinia replies she is resisting arrest.