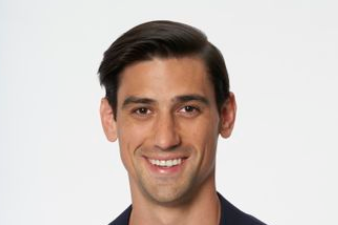 Jack Russell, 30, served for six years as an infantry officer in the U.S. Army before moving to Philadelphia and enrolling last year at The Wharton School, where he's pursuing his MBA.

A former U.S. Army officer who now calls Philadelphia home and attends the Wharton School will compete for love on the newest season of "The Bachelorette" that begins Tuesday.

Jack Russell is one of 30 contestants who will be vying for leading lady Michelle Young's heart on the reality television show's 18th season.

The 30-year-old Russell, not to be confused with the dog breed, is originally from Greensboro, North Carolina and graduated from The Citadel in 2014, according to his LinkedIn account.

Russell then served for six years as an infantry officer in the U.S. Army before moving to Philadelphia and enrolling last year at The Wharton School, where he's pursuing his MBA. Russell worked this summer for the consulting firm McKinsey & Company in Charlotte and is set to graduate from the University of Pennsylvania in 2022.

Here's a bit more about Russell, according to his contestant biography.

"Jack is a sweet and compassionate man who is ready to start the next chapter of his life. He is incredibly loyal, especially when it comes to his family, and he describes himself as genuine and driven. Jack is looking for a woman who is emotionally mature, compassionate, silly and up for joining him on a challenging hike. While he tends to be on the shyer side, he is attracted to women who are outgoing, strong and not afraid to push him outside of his comfort zone. When Jack is excited about someone, he gets very motivated to do things that make her feel loved and appreciated."

Russell also says that he's afraid of dancing, loves to play kickball and, maybe most interestingly, hates onions — which could give some insight into what he's not putting on his cheesesteak order.

Russell will look to follow in the footsteps of South Jersey native Zac Clark, who won the show's 16th season last year when he got engaged to Tayshia Adams.

The 28-year-old Young is an elementary school teacher from Minnesota. She finished as the runner-up on the 25th season of "The Bachelor" that aired earlier this year.

"The Bachelorette" debuts this Tuesday at 8 p.m. on 6ABC and is available to stream starting Wednesday on Hulu. The show will be filmed this season in Indian Wells, California, according to ABC.