The most popular HBO series in Pennsylvania is…

A recent study says it’s 'Oz,' but here’s why that study is almost certainly wrong 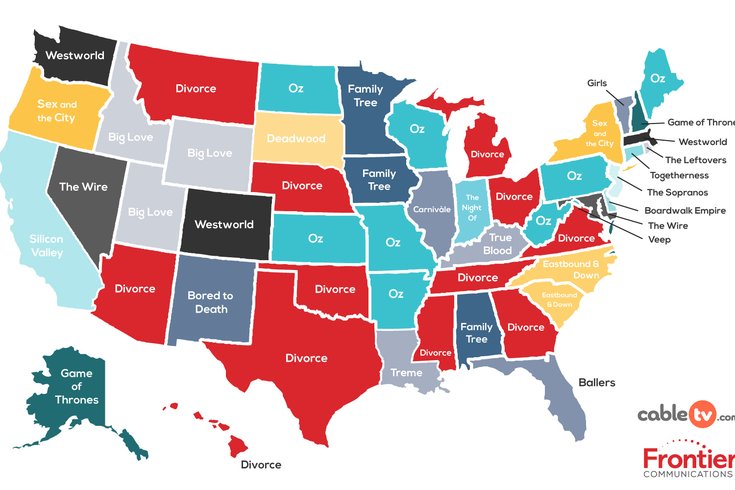 Actual TV ratings are more dependable than the CableTV.com study which, according to its methodology, is based at least in part on Google Trends data.

According to a recently published study, the most popular streamed HBO series in the state of Pennsylvania is not "Game of Thrones," "The Sopranos," "Westworld" or even "Sex and the City." It’s…"Oz," a violent, often graphic prison drama that aired its last new episode in 2003.

The study, conducted by West.Frontier (a division of Frontier Communications) and CableTV.com, sought to determine the most popular HBO original series in each U.S. state. Some of the results were unsurprising. On a regional basis, New Jersey picked "The Sopranos," South Dakota chose "Deadwood," Washington, D.C., went with "Veep," Utah picked "Big Love" and Maryland went with "The Wire."

Other results raised eyebrows, including, that of the 50 states, only Alaska and New Hampshire chose "Game of Thrones," and multiple states picked "Family Tree," the obscure Christopher Guest-created comedy series that was one-and-done in 2013, and left little of a cultural footprint. And according to the study, the most popular show – judging by the number of states where it was #1 – was not "Game of Thrones" it was "Divorce," the Sarah Jessica Parker-starring comedy-drama that’s run for one season so far.

These numbers, though, should come with a whole host of caveats – and, in fact, they may very well be completely wrong. And not only because a study stating that "Family Tree" or "Divorce" is “more popular” than "Game of Thrones" doesn’t so much as pass the laugh test. 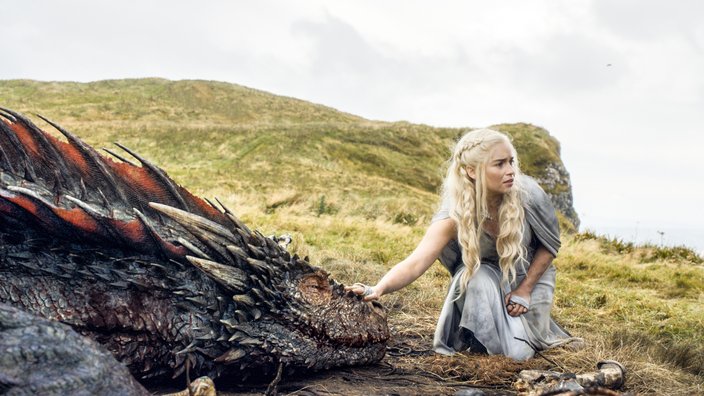 That’s because there already exists an established way to measure popularity of TV shows – it’s called TV ratings. As years have passed, this has been supplemented by streaming data, and even occasional lists of most pirated TV shows and episodes.


All of these measures clearly show "Game of Thrones" as far and away the most popular HBO show, frequently breaking records for ratings, streaming, and even illegal downloads. By any of those measures, it enjoys an audience many times that of, say, "Family Tree" or even the long-gone "Oz."  "Game of Thrones," for example, drew 8.9 million viewers for its season finale last year. No episode of "Family Tree" or "Divorce" has ever drawn more than 1 million viewers.

"Games of Thrones" and "Family Tree" even aired on the same night for a few weeks in the summer of 2013. On the last Sunday they did, June 11 of that year, "Game of Thrones" had more than 5.3 million viewers while "Family Tree" notched 475,000.

In fact, the use of Google Trends implies that perhaps the people in those states were googling phrases like “Divorce," “Family Tree” and “Oz” in a context having nothing to do with the TV shows of those names."

Actual TV ratings are much more dependable than the CableTV.com study which, according to its methodology, is based at least in part on Google Trends data – far from the most accurate way to measure exactly how popular a TV show is. In fact, the use of Google Trends implies that perhaps the people in those states were googling phrases like “Divorce," “Family Tree” and “Oz” in a context having nothing to do with the TV shows of those names.

And besides, this isn’t the Electoral College – why would the #1 show be the one that’s tops in the most states, rather than the one with the largest overall audience?

The other aspect of the study is data straight from Frontier Communications. But Frontier is a regional cable provider that operates in only 29 states, with next to no footprint in Philadelphia or Pennsylvania.

So what are the most popular shows by state? HBO has never publicly released such information. But Comcast put out a study about a year ago ranking the most popular streaming shows, by hard VOD data, in each major city. In Philadelphia, as in every other city listed, as well as overall, "Game of Thrones" was #1. In Philly, it was followed by "The Big Bang Theory" and Starz’s "Power." Other HBO shows in the top 10 for Philly included legacy series "Entourage" and "The Sopranos." "Oz," alas, did not make the list.

CableTV.com, which released the study, did not immediately return requests for comment.