The science of barbecue: Tips for an age-old tradition

Cooking with fire may have helped mold us into the humans we are today, research suggests 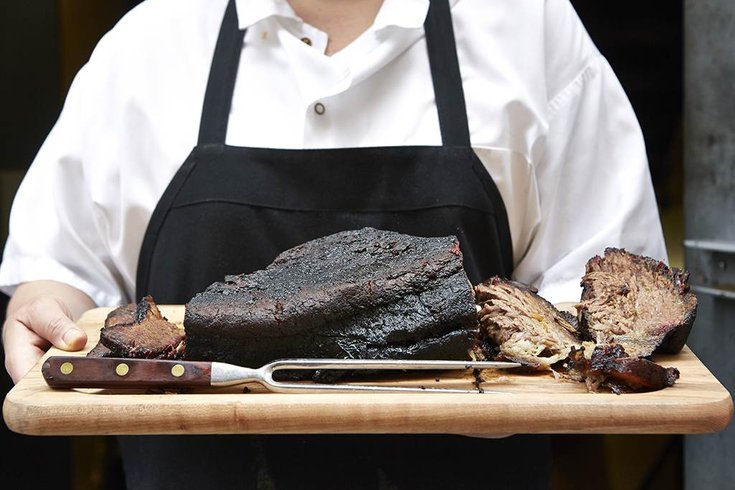 With the first of the biggest barbecuing holidays of the summer – Memorial Day – upon us, Philadelphians across the city will soon be taking part in their own modern incarnation of an age-old human tradition.

Perhaps as early as one million years ago, our hominid forebears cooked animal meat with fire inside their caves using twigs, grasses and leaves for kindling.

“When it comes to barbecue, the most important factor is patience! If you try to rush the process with a larger fire or a higher cooking temperature, you'll surely regret it....” – Erin O'Shea, chef and owner, Percy Street Barbecue

In 2012, archeologists discovered evidence of burned bones and plant ash inside Wonderwerk Cave in South Africa, making it the site of the oldest controlled fire ever found. The prehistoric chef responsible was likely a member of the species Homo erectus, the first early humans to have body proportions similar to ours, including brains twice the size of their predecessors' and smaller teeth.

Richard Wrangham, a primatologist at Harvard University, believes that this evolutionary jump occurred as a result of early man's adoption of cooking. Charring an antelope leg over a bonfire before digging in allowed early man to chew and digest the meat with ease. They were able to eat greater quantities of protein faster, fueling energetically expensive adaptations such as a larger brain.

In other words, cooking with fire – essentially, what has become a modern-day barbecue – may have helped mold us into the humans we are today.

Over the hundreds of thousands of years after Homo erectus's revelation, the practice eventually spread around the world, and now a number of present-day cultures embrace their own version of barbecue. The United States alone has at least seven different pit barbecue styles that differ in terms of meats cooked, wood preference and sauces.

Philadelphia's own Percy Street Barbecue on South Street favors Texas style, serving up dry-rubbed meats like beef brisket and pork ribs smoked over indigenous red oak. But as with all pit barbecue, the fundamental motto is “low and slow” – unlike grilling, which involves faster cooking directly over a high heat source. 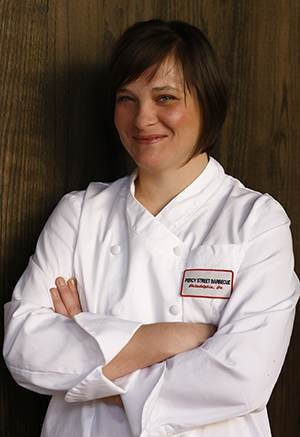 Pitmaster Erin O'Shea, founder of Percy Street Barbecue, favors Texas-style barbecue. As with all pit barbecue, the idea is “low and slow” – unlike grilling, which involves faster cooking directly over a high heat source.

“When it comes to barbecue, the most important factor is patience!” said Erin O'Shea, chef and owner of Percy Street. “If you try to rush the process with a larger fire or a higher cooking temperature, you'll surely regret it as it just won't be as good. The result will be bitter smoke flavor and dry meat.”

When meat is cooked slowly and at a low temperature, the muscle fibers don't shrink as much which squeezes out less moisture. Tough connective tissue – mostly the protein collagen – gradually breaks down into soft gelatin, and as a result, muscle fibers that had been held together begin to loosen apart. Low and slow cooking also ensures that the outside of a large cut doesn't get overcooked while the inside is still reaching the proper cooking temperature.

The result? A tender, juicy, falling-off-the-bone piece of meat.

Another trick to help avoid a dry, rubbery texture is adding moisture through brining, or soaking the meat in salted water before cooking. The saltwater bath causes negatively charged chloride ions to diffuse into muscle, pushing neighboring fibers apart and allowing more water to enter. The ions also help the muscle fibers to resist shrinking when being heated during cooking.

“For a long smoke and a tough cut of beef like brisket, I prefer brining,” said O'Shea. “The brine does two things: It allows the meat to cook longer but still retain moisture, as well as helping to season the meat throughout.”

Lastly, whether your technique of choice is grilling or pit barbecue, resting the meat remains a necessary part of the process. We've all been that impatient person that cuts into our steak or chicken before its been properly rested – and been subsequently greeted by a plateful of runny juices and a less juicy and flavorful meal. To keep those juices inside, let the meat sit tight for 5-20 minutes (depending on its weight) so that its muscle fibers widen can soak up the moisture the has been squeezed out of them while cooking.

“When in the pan, oven, grill or smoker, a piece of meat is in a very active state. It's being bombarded with heat, losing liquid, rendering collagen, denaturing proteins – a lot is happening!” O'Shea said. “The 'rest' gives everything a chance to settle down again and become the product your looking for in the end.”

Whichever holiday (or ordinary day) you end up celebrating this summer with a cookout, keep in mind that barbecuing is about more than just burgers and brews. In the larger sense, you're doing your part to keep an ancient human tradition alive.