Theater shows to check out in Philly this January 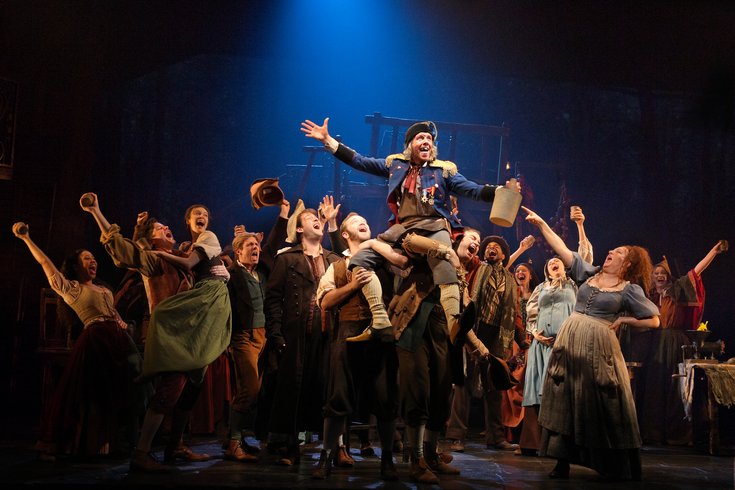 This January, head to a local theater production with friends or family.

Upcoming must-see shows include a beloved musical, a comedy classic and the winner of the 2016 Tony Award for Best Play.

RELATED: Watch Jack Black as Pennsylvania's "Polka King" in new Netflix trailer | Critics did not like Will Smith's "astoundingly bad" new movie | An assassin, a spy, a writer and Marie Antoinette walk into a theater

The play, which originally premiered in 1879, is still shockingly relevant today. It examines marriage, money and power.

“We wanted an intimate space for this production because it puts you inside of a marriage, behind closed doors. To that end, we’ve reconfigured the Arcadia Stage to bring the audience as close as possible," said director Terrence J. Nolen.

Tickets start at $37 with discounts available for groups, seniors, students, military and educators.

"You Can't Take It With You"

This January, Allens Lane Theatre in Mount Airy will present the comedy classic, "You Can't Take It With You."

The 1930s play became an Academy Award-winning film and later, the play revival won a Tony Award for Best Revival of a Play on Broadway.

Grandpa Vanderhof and his family, the Sycamores, are a madcap group of eccentrics. Their hobbies include collecting snakes and building fireworks in the basement. Things like stress, jobs and paying taxes are for other people, not for them.

When Alice Sycamore becomes engaged to her company’s vice president, the family tries its best to straighten up to meet the in-laws but, of course, things go awry.

On the Walnut Theatre's main stage, catch "The Humans" this January.

The Tony Award-winning play is described as humorous, hopeful and heart-tugging by the theater. Its plot centers on the hopes, dreams and fears of the American middle class.