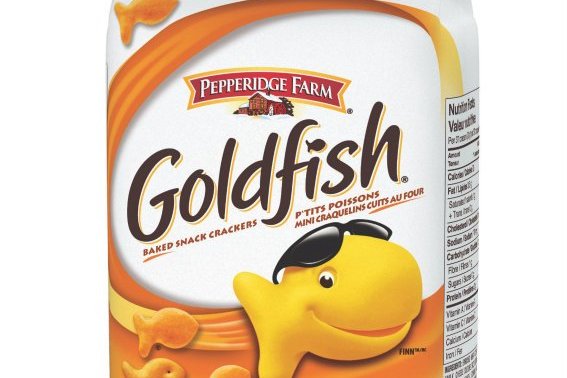 This is the third Salmonella scare we've seen in less than a week.

On Tuesday, Pepperidge Farm announced it was recalling four varieties of Goldfish Crackers distributed in the United States due to a potential presence of Salmonella, although no illnesses have been reported.

To check if you purchased these varieties, here are the codes listed on the crackers' packaging. The company urges customers who purchased them to throw out or return the crackers for a full refund. You can also fill out this form to get a refund.

On Monday, 16 kinds of Ritz crackers were recalled due to a possibility of the powder on the snacks being contaminated by the bacteria. Four days earlier, the Center for Disease Control said it was investigating raw turkey products in 26 states, including Pennsylvania, after 40 people wound up in the hospital. Kellogg's Honey Smacks cereal in Pennsylvania was also linked to Salmonella earlier this month.

The CDC estimates Salmonella causes about 1.2 million illnesses every year in the United States — including 450 deaths. Food is the source for about 1 million of these illnesses.

Symptoms include diarrhea, fever, and abdominal cramps 12 to 72 hours after infection. The illness usually lasts four to seven days, unless the diarrhea is so severe that the patient needs to be hospitalized. Most people recover without treatment.