Three suspects in attempted Camden police shooting are in custody

Police made two arrests in Kensington on Tuesday 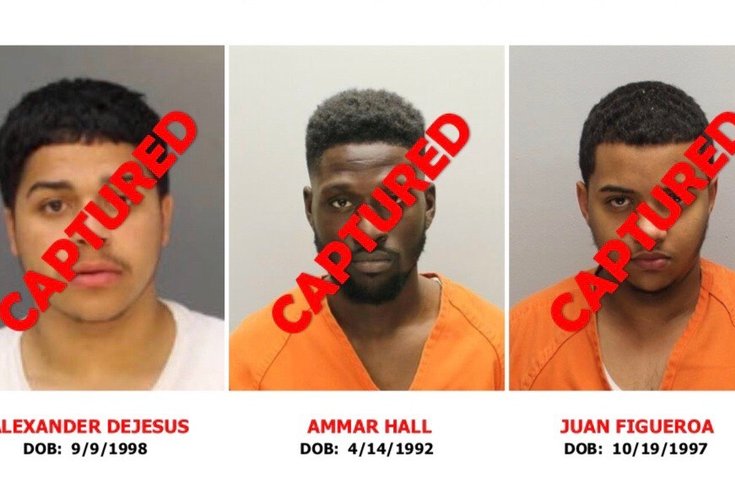 The three suspects arrested by CCPD.

The three suspects related to the Aug. 7 police shooting in Camden are now in custody, according to the Camden County Police Department.

“The Philadelphia-Camden region is significantly safer with these criminals in custody,” chief Scott Thomson said in a release. “It was inspiring to see the community and law enforcement come together on these arrests.”

On Aug. 7, two male suspects started shooting at the plainclothes detectives in their unmarked vehicle about 8:30 p.m. at Broadway and Walnut streets in downtown Camden, authorities said earlier this month. One of the detectives returned fire.

The detectives, who were not identified by authorities, were taken to Cooper University Hospital for treatment of their wounds. They have been placed on administrative leave pending the investigation.

The reward for information regarding the suspects was upped to $60,000 just 10 days ago.