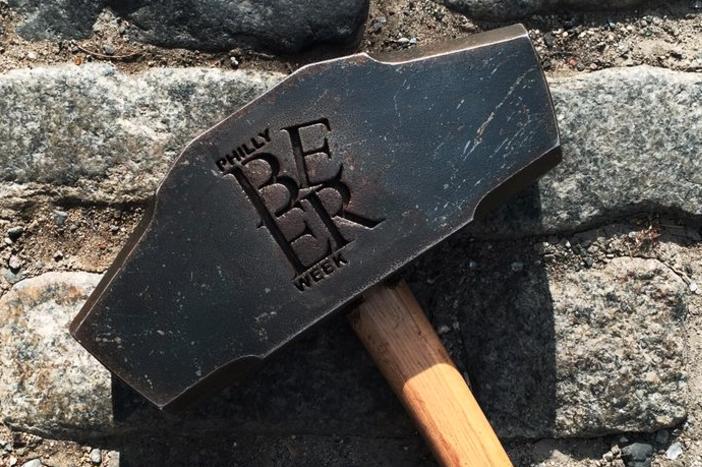 The Hammer of Glory – the symbol, both literal and figurative, of Philly Beer Week.

The week features plenty of exciting events, but for many Opening Tap the night before is a can't-miss.

There will also be live music on stage and food from Wolfgang Puck on sale. The event suggests "take Friday off," to fully enjoy the party.

General admission tickets are $45 per person, while VIP tickets are $95 per person. Perks of being a VIP include balcony views in The Fillmore, private bathrooms, exclusive pours, early access to the event and catered food.

Leading up to Opening Tap, Philly Beer Week's official mascot – The Hammer of Glory – will be passed Olympic torch-style from venue to venue in Philly before arriving at The Fillmore to ceremoniously tap a keg of Brotherly Suds, a collaboration beer from local breweries Troegs, Victory, Yards, Sly Fox, Stoudt’s, Iron Hill and Flying Fish.

The Hammer of Glory's 2017 route to Opening Tap is below, although there is a chance the schedule may change.

This year’s Hammer of Glory relay will be sponsored by SugarHouse Casino. To grab a seat on the double-decker bus that makes its way to each venue, purchase a $10 ticket.