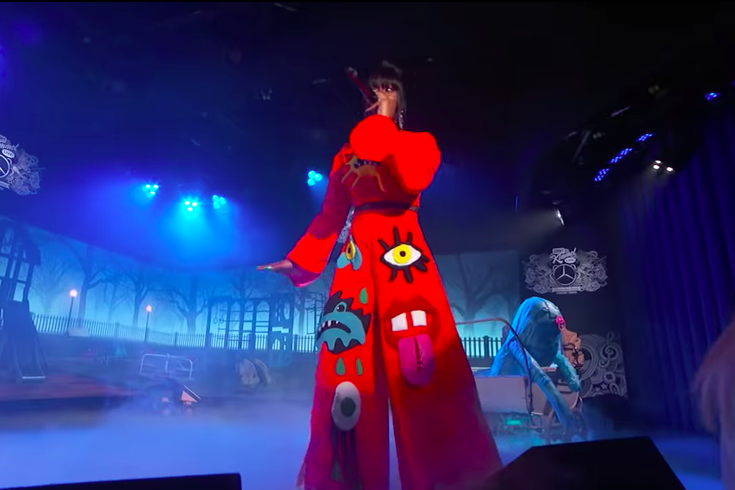 Tierra Whack performed her single "Only Child" on the Monday, March 4 episode of "Jimmy Kimmel Live."

Whack, 23, known for her smart and quick raps, released "Only Child" on Feb. 19 and the followup "Clones" just last week. The two singles are her longest songs yet, as her debut album "Whack World" only totaled 15 minutes and was accompanied by its own cooky visual art.

In addition to "Only Child," Whack performed "Hungry Hippo" from Whack World on Monday night's show.

Whack is coming off of her first Grammy nomination for "MUMBO JUMBO" in the Best Music Video category. She made local headlines at the ceremony when she represented Philadelphia by wearing a red carpet dress that was collaboration by two local artists.