Tim Tebow vs Tyrod Taylor, aka #culture vs talent 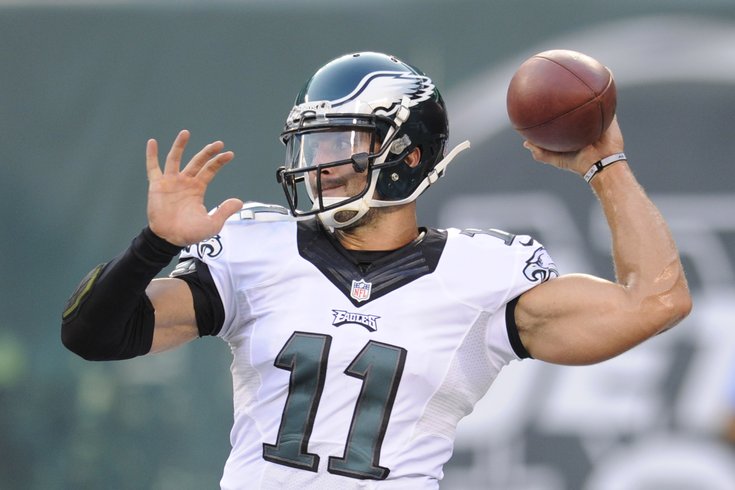 According to Ian Rapoport of NFL.com, Bills starting quarterback Tyrod Taylor wanted to play for the Eagles, but instead, the apple of Chip Kelly's eye was Tim Tebow.

How did he end up in Buffalo? He left Baltimore because he wanted to compete to be a starter, though the Ravens valued him as a backup.

One place he wanted to go, which featured an offense deemed perfect for him, was the Eagles. He asked the Eagles to consider him. However, they did not, eventually signing Tim Tebow instead.

Taylor won the starting job during training camp and the preseason, and has clearly outperformed Sam Bradford statistically. Tim Tebow, as we know, did not make the team.

On the one hand, Taylor likely never would have seen the light of day in a real game with the Eagles. Sam Bradford was clearly going to start for the Eagles, and Mark Sanchez clearly was going to be the No. 2. On the Eagles, Taylor would have been little more than a #3 quarterback who was inactive on game day. Frankly, Taylor was fortunate the Eagles didn't have interest.

However, on the other hand, this does show where #culture can go wrong. Taylor unquestionably is a more talented player than Tebow, but Tebow was the poster child for good #culture (not that Taylor is some kind of bad guy, to be clear). There's no other way to describe the choice to target Tebow over Taylor as a total miss, if indeed the events went down as Rapoport described them.