The magazine's latest design is intended to be a reminder of gun violence's toll, CEO says 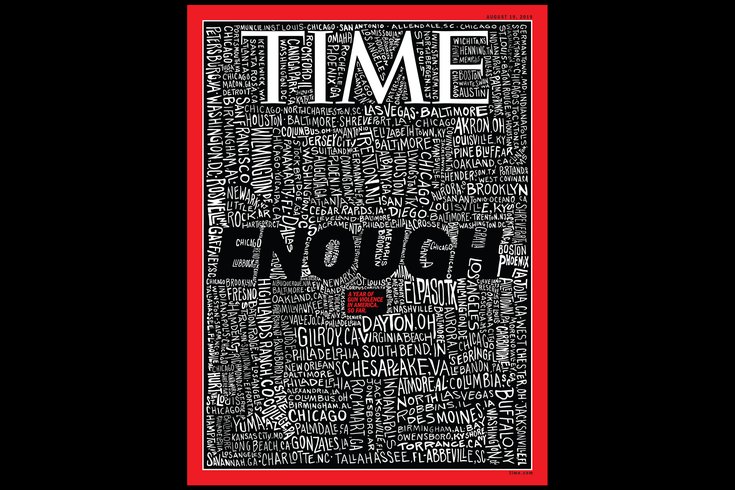 The Aug. 8 cover of Time Magazine features Philadelphia and a number of Pennsylvania cities in a list of mass shootings in 2019 from across the United States.

Time Magazine released its latest cover design over the weekend, aimed at raising awareness about the volume of mass shootings that occur in the United States.

An op-ed from Edward Felsenthal, editor-in-chief and CEO of Time, explained that the cover's artwork depicts the locations of the 253 mass shootings that took place in the United States in 2019, as of Aug. 8. The data, which includes all incidents in which at least four people other than the shooter were injured or killed, is compiled online by the Gun Violence Archive.

Philadelphia is featured six times on the cover, Newark and Paterson in New Jersey are both featured twice, Wilmington, Delaware, appears twice, and then a string of Pennsylvania and New Jersey cities get one-off mentions.

Here's the full list of Pennsylvania and New Jersey towns included on the cover. For the locations with individual mentions, we've included links to news coverage of the mass shooting.

• Allentown, Pennsylvania; June 20, 2019: Ten people injured in a shooting outside a nightclub.

• Camden, New Jersey; March 16, 2019: One person killed and three people injured in a shooting at an after-hours club.

• North Bergen, New Jersey; May 5, 2019: One person killed and three people injured in a shooting in a residential area.

Felsenthal said in his op-ed that the cover, and the list of locations, "is a reminder that the toll of gun violence is even greater than the public attacks we typically think of as mass shootings."