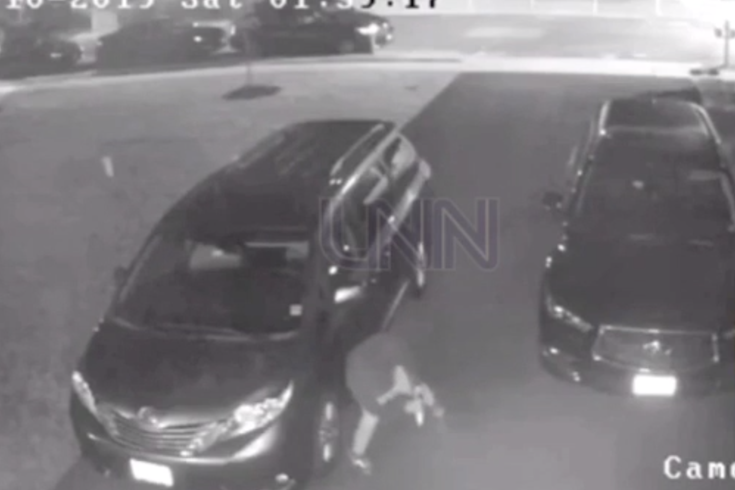 A man was caught on video over the weekend slashing more than 150 tires in Ocean County's Lakewood area, a predominantly Orthodox Jewish community.

A man was caught on video over the weekend slashing more than 150 tires in Ocean County's Lakewood area, a predominantly Orthodox Jewish community, and police are now investigating the slashing spree as a "bias incident".

The man damaged more than 50 cars in Lakewood on Friday night, according to CBS New York. Surveillance video from the New Jersey community captured the suspect, wearing a hood, puncturing tires and "working quickly".

MORE: 11 Chester County tubers rescued after getting stranded in Delaware

You can watch video below, recorded by the Lakewood News Network:

The incident took place in the Old Pine Acres part of Lakewood, according to NJ.com.

Neighbors in the area told CBS that the man only slashed tires of Orthodox Jewish families, and police told CBS that's why they're investigating the incident as a "bias crime". The difference between a bias crime and a hate crime wasn't immediately clear.

Police also believe this isn't the first instance of tire-slashing by the suspect. Last week, CBS reports, about a dozen tires on cars belonging to Jewish families were slashed.

According to CBS, police are offering a $2,000 reward to anyone who can identify the subject. Anyone with information can call Lakewood police at (732) 363-0200.