Anonymous accounts of sexism and discrimination prompted big changes, but Jean Broillet IV has quietly returned to the picture 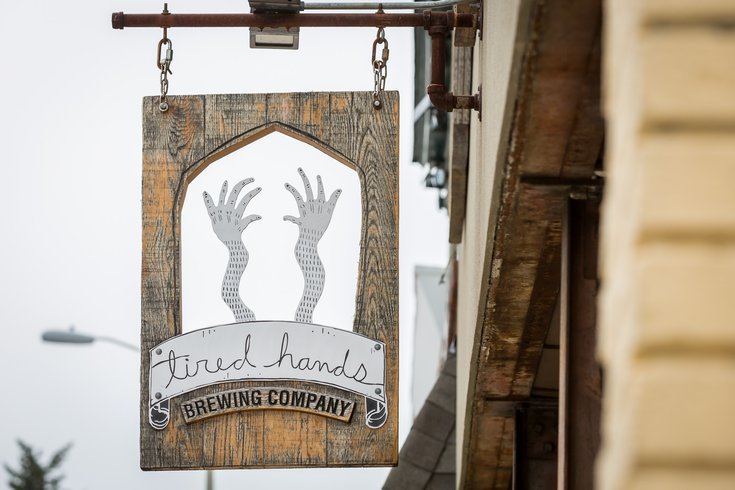 Tired Hands Brewing Co. was among the craft brewers hit last year with online allegations of workplace sexism and discrimination, resulting in founder Jean Broillet IV stepping away from the business. A year later, he's now back.

Jean Broillet IV, the founder of Ardmore's Tired Hands Brewing Co., has returned to the fold of the craft beer maker after stepping away last year amid a slew of staff allegations of a toxic workplace, a spokesperson for the company confirmed.

Broillet, who created the company with his wife, Julie, in 2011, was among dozens of notable figures in the beer industry hit by a wave of troubling claims that surfaced online last spring. Stories shared anonymously by former and current Tired Hands employees ranged from accounts of sexism and discrimination to a hostile work environment that lacked an open door to address concerns.

These and other allegations were shared on Instagram last May by Maine-based brewer Brienne Allen, who was with Notch Brewing in Massachusetts at the time. Allen's Instagram included hundreds of disturbing claims that forced a wider reckoning with sexism and other inequities that plague the male-dominated craft beer industry.

When the allegations about Tired Hands became public, Broillet withdrew from the company's day-to-day operations. The existing team at Tired Hands responded by creating a new leadership structure, and there was a push among some employees for Broillet and his wife to sell their shares of the company.

Broillet is now back running operations at Tired Hands six-days-a-week and is participating in team meetings.

"While he was away, he did soul searching," said Gregory Matusky, founder of Ardmore-based public relations firm Gregory FCA, which works with Tired Hands. "He's trying to become a better manager and a better operator for the sake of his employees, certainly."

Tired Hands has the Fermentaria and a BrewCafé in Ardmore, in addition to St. Oner's, a bar that opened in Fishtown in 2020. The company was named one of the 50 best U.S. breweries of the 2010s by Paste magazine and drew acclaim for its popular beers, including the HopHands pale ale and Technicolor Splendor IPA. The brewery specializes in Belgian and French farmhouse ales, as well as American hop-forward ales.

Prior to the allegations last year, the brewery's cache among craft beer lovers came as much from the quality of the beer as it did from the creative branding that Broillet has always had a heavy hand in shaping.

On Monday, Good Beer Hunting reported that Broillet returned to Tired Hands in mid-March, without any public statement, and that employees at the brewery are uncomfortable and bothered that he's back. An anonymous employee told the website that some staff members have discussed the possibility of a work stoppage in protest of Broilett's return. A former brewer at Tired Hands told the website that employees "really don't want him around."

"It's very hard to reply to anonymous comments or allegations," Matusky said. "We don't know where they originated. We don't know who this individual is or what axe they may have to grind."

Despite stepping away from daily operations, Matusky said Broillet had remained involved in the brewery's creative process and continued to be involved in beer development and design. A copy of Tired Hands' operating license published by Breweries in Pennsylvania still lists Broillet as a managing member and 40% owner of the brewery. Broilet's wife, an attorney, also owns 40% of the company.

Allen, who has since founded Sacred Profane Brewing, told Good Beer Hunting that she was contacted last week by the Tired Hands Instragram account with a request that any old posts containing allegations about the company be deleted. Allen shared some of those messages with the Inquirer and said the intent seemed to be to intimidate her into removing such posts.

Allen agreed to delete the old Instagram posts, but told the Inquirer she was rushed to do so with hints of legal repercussions if she didn't act promptly.

Broillet has not publicly spoken about his return and has deferred comments to Matusky, who said the Instagram exchange reflected routine practice and due diligence for everyone involved.

"There wasn't a threat of legal action," Matusky said, seeming to confirm the messages to Allen were from Broillet. "He said 'my legal team.' He's a businessman. He has lawyers, and it's judicious to get legal input. But there was no threat. He said, 'This is the last time I'm going to ask.' It is the last time he asked. We understand she's taken them down."

Matusky said the allegations about Tired Hands have affected Broillet for months, but there has been no litigation against him and the company has not made settlements with anyone.

"There have been no lawsuits. There have been no settlements. None of the (allegations) came to any head or issue," Matusky said. "(Broillet) has not been found guilty of anything and he owns the company. Sometimes, employees don't understand that as the owner of the company, he owns the asset. He has more than the right to maintain his ownership and his role in his own company."

As part of Broillet's return, Tired Hands has published a new code of conduct on its website that aims to address the kinds of cultural problems that led the company down this path.

Last year, multiple former Tired Hands employees spoke to the Inquirer about a managerial climate of fear and double standards. The leadership transition team had said Broillet was not going to figure into the future of the business, but now he's back in the driver's seat.