Social media can be many things, but in this case, it is very, very good 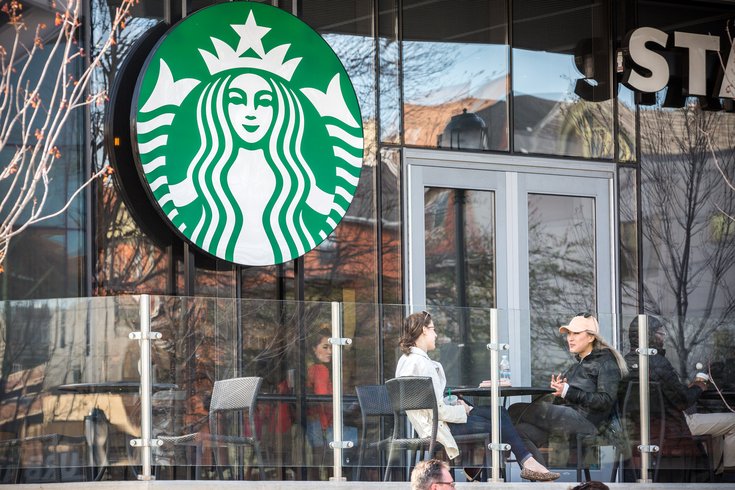 Starbucks, not this one on the campus of Drexel University but in general, plays an integral role in the Top 10 Tweets of 2017 roundup.

Hey there! Hopefully you have already enjoyed our collection of great Tweets from the calendar year that's about to come to an end.

Right here, we are moving onto the creme de la creme of Twitter posts from the past 365 days.

We surely missed some, as it's impossible to keep up with the Twitter's nonstop content churn. But these 10 (well, 11) upcoming posts capture the best of 2017 in at least one person's estimation.

The one that sits atop the list does so because it offers a vision of hope after a year that's been rather, shall we say, tense with everybody at everybody's else's throats on the regular.

With no further ado, the best of the best:

Honorable mention: When a foe claps back with wit and grace.

10. Millennials kill everything so there must be repercussions

U bum @StephenCurry30 already said he ain't going! So therefore ain't no invite. Going to White House was a great honor until you showed up!

8. The power of brands

I was offered sex by a 25 year old woman in exchange that I’d advertise some sort of kitchen cleaner for her. Of course I said no because of my strong will power. Which is just as strong as Astonish. The super strong kitchen cleaner now available in scented lemon or vanilla

7. Rough day at the office

In case y’all were wondering why I quit the carwash pic.twitter.com/mFMGpPiTPN

6. When real life meshes with a fictional movie way too well

if the illuminati doesn't exist then explain this pic.twitter.com/BUey2pYHMY

I'm a barista at the Starbucks at 3rd and Arch, and I'm the one who put Adam Schefter's venti lid on real loose this a.m. Go Eagles

I'm reading Hillary's book and it gives me a new appreciation of how hard she fought to win the election: pic.twitter.com/l7ISDSmuTf

Focus group. This could have been avoided with 1 focus group (of women). pic.twitter.com/C76lv5ji33

Good luck not trying to dance along with this New Orleans sanitation crew and the lives they touched this day. S/O to pedicab driver Paul McCaige for being in the right place at the right time.

New Orleans is ready at all times pic.twitter.com/svpOiGBRX7