The Chestnut Street Bridge also will be reduced to one lane from 7 a.m. to 3:30 p.m. starting Monday, PennDOT said 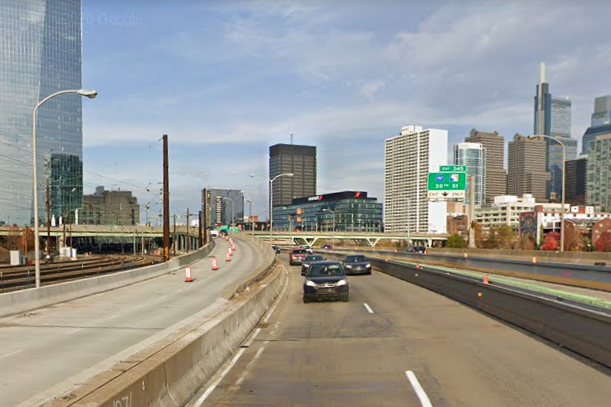 Portions of I-76 in Philadelphia will have overnight lane closures this week, PennDOT says. The closures are due to overhead viaduct construction and run Aug. 1 through Aug. 4, from 9 p.m. to 5 a.m.

The eastbound lanes of Interstate 76 between 30th Street and South Street in Philadelphia will be closed overnight this week for overhead viaduct construction, PennDOT said.

The lane closures begin at 9 p.m. on Monday, Aug. 1, and are scheduled to continue nightly through Thursday, Aug 4. The closures will be lifted at 5 a.m. the following morning, each day.

During the closures, traffic will be directed to use the off-ramp at 30th Street, turn left on Chestnut, then turn right on Schuylkill Avenue to the ramp to re-enter the expressway at Walnut Street.

The Chestnut Street Bridge also will be reduced to one lane between Schuylkill Avenue and 24th Street starting on Monday, Aug. 1, through Friday, Aug. 5. from 7 a.m. to 3:30 p.m., each day. Crews will be installing new railing, PennDOT said.

The traffic updates are in addition to eastbound Market Street's reduction to a single lane between Schuylkill Avenue West and 24th Street at all times for the next several months. This is due to repairs on the Market Street Bridge over the Schuylkill River.

Drivers are urged to use alternate routes or allow extra time when traveling through the affected areas due to possible backups and delays.

The road work is part of PennDOT's ongoing $105.1 million project to rehabilitate the Chestnut Street bridge, which reopened in March, along with eight nearby structures. This includes the viaducts that carry Schuylkill Avenue over I-76 between Walnut and Market streets. The project is scheduled to finish this summer, PennDOT said.