Traffic scorecard ranks Philadelphia as one of most congested cities in the U.S. 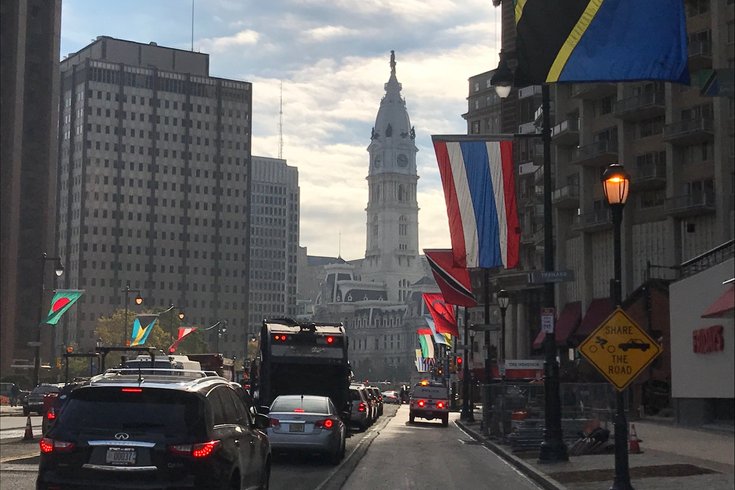 Traffic backs up on the Benjamin Franklin Parkway on Tuesday morning after SEPTA workers went on strike.

No, you're not imagining things. Philadelphia's traffic really is some of the worst in the nation – at least according to one new report.

On Friday, INRIX, a company that specializes in transportation analytics, published its "Global Traffic Scorecard," which ranks the most congested cities in the world.

Analysts at the company took 1,064 cities in 38 countries into account and calculated their ranking by looking at the percentage of time that commuters spent in traffic during different times of the day as well as federal data.

Philly came in as the 17th-most congested city out of 240 in the United States. According to INRIX's analysis, drivers spent 38 hours stuck in gridlock in 2016, costing them $1,236 for the year. Philly came in 19th on the group's North American list.

This next bit may not be so shocking, either – the evening commute on I-76 from Exit 332/Conshohocken to Exit 343/Spring Garden Street was ranked the ninth-most congested corridor in the U.S., according to the recent report.

Los Angeles drivers took the No. 1 spot on the U.S. city ranking, spending 104 hours in congestion in 2016 during peak periods, according to INRIX.

Check out INRIX's scorecard here. Its full report to available for download.