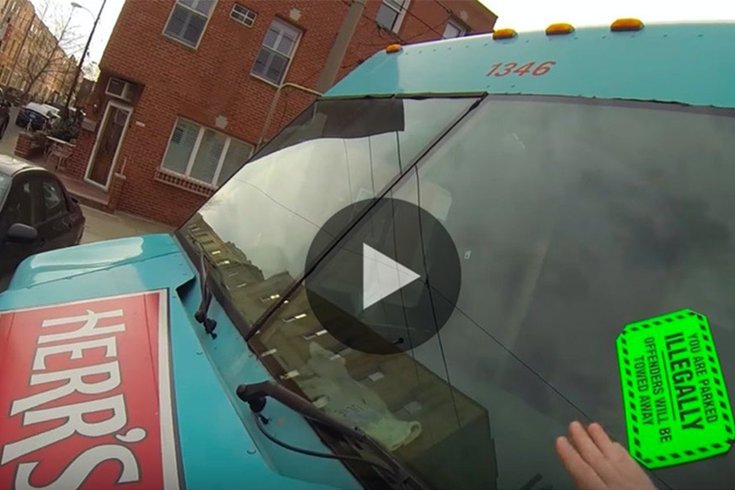 A YouTube video shows a cyclist's crusade to combat Philadelphia motorists who park vehicles in the city's bike lanes. View the video below.

A Philadelphia cyclist is "sticking it to" motorists who illegally park and stop in the city's bike lanes.

As a YouTube video captured by the crusader shows, his approach includes slapping neon green tow-away stickers onto violators' windshields and, in cases where the drivers are still in their vehicles, stopping his bike, tapping on their windows and telling them to scram.

While the video might seem slightly comedic, as the cyclist's hand is seen firmly plastering the neon green hoax warnings onto cars and delivery trucks, his mission is pure.

As the video's description reads, "I try to stay out of the way of vehicles by riding in the bike lane, but when I'm forced into traffic by selfish people blocking the bike lane it is more dangerous for me, and also bothers other drivers that are behind me.

All vehicles were either blocking a bike lane while double parking other cars in, or they were in 'no stopping' zones which the PPA says is an immediately ticket-able offense."