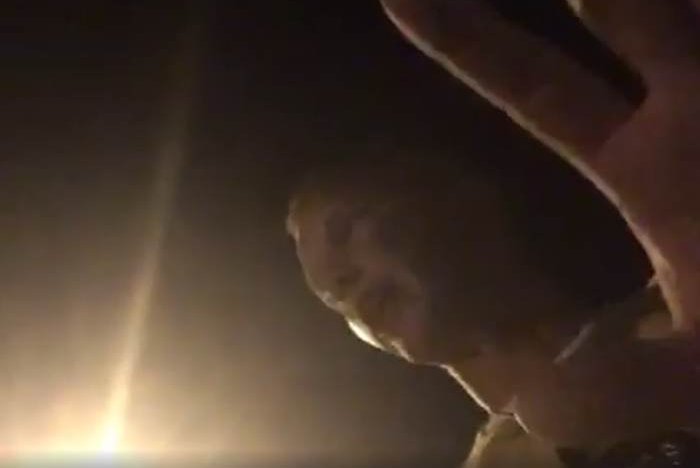 Jean-Jacques Gabriel kept recording the scene of an arrest in West Philadelphia despite a police officer's threats to confiscate his cellphone.

Jean-Jacques Gabriel was biking home Tuesday night when a pair of strangers stopped by Philadelphia police called out, urging him to record the scene on his cellphone.

Two white, plainclothed officers had stopped two black men, whose hands were on the back of their heads, along Kingsessing Avenue, between 48th and 49th streets, in West Philadelphia, Gabriel said. It was sometime after 11 p.m.

Gabriel obliged with the request, opening a live video stream on Facebook. He had recorded police activity in the past and figured his presence would de-escalate the situation and ensure the safety of everyone involved. But this situation did not play out as the others had.

Within minutes, the police partly shifted their attention toward Gabriel, the video shows. One officer approached Gabriel, demanding he hand over his cellphone, saying the video he was recording contained evidence of a disorderly conduct arrest. Gabriel repeatedly refused, requesting to speak with a supervisor. But after arresting one of the two men, the officers eventually left without confiscating Gabriel's phone.

The incident raises questions again about the rights of citizens to videotape law enforcement officers.

Gabriel correctly asserted his constitutional rights, according to Temple University law experts, the ACLU of Pennsylvania and the Philadelphia Police Department's own policy directive. But the confrontation spoke to the contemporary state of police relations in the United States, where police shootings of black men have placed law enforcement under greater scrutiny.

Across the country, demonstrators have accused police of biased treatment toward minorities, decrying a swift use of lethal force and stop-and-frisk policies judged by many to be racist. And bystanders, like Gabriel, have pulled out their cell phone cameras to document the interactions.

A yoga instructor who had taught a class at Studio 34 in West Philadelphia earlier Tuesday night, Gabriel said he never had been asked to surrender his phone or experienced any other trouble when recording police activity.

Gabriel began recording as police handcuffed one of the men, who hollered that police hadn't told him why he was stopped. An officer then approached Gabriel, saying he was going to confiscate the phone and take it to Southwest Detectives because the recording contained evidence of the man acting disorderly.

Gabriel declined to hand it over. The officer briefly engaged him before walking away saying, "Yes, that's what's going to happen. All right, thank you."

The officer later returned, demanding the phone and ordering him to cease recording. Gabriel declined to do either, informing the officer that he would not do so unless instructed by a supervisor. As the officer walked away, he told Gabriel he would arrest him if he did not comply.

"I wasn't giving it up," Gabriel said. "I was like, 'No, this isn't happening until a supervisor explains to me. The way you're treating those guys and me already just reeks of illegality. I'm not going to listen to you. Somebody else has to explain to me why I have to give up my property.'"

The final minutes of the video – it has 5,600 views on Facebook – show the handcuffed man urging Gabriel to call for a supervisor and accusing police of stopping him simply for being a black man in a white neighborhood. Gabriel said he stopped recording to call 911, hoping to get a different officer at the scene. When the recording picks back up, it shows police driving away.

'THIS WAS SOMEBODY THEY COULDN'T BUFFALO'

A pair of Temple University Law professors said citizens who are not interfering with police activity have an "absolute right" to videotape officers in public. They cannot seize a recording device without probable cause to believe the footage captured a crime and reason to fear the recording will be deleted, destroyed or lost.

"Theoretically, if I was using my cell phone camera to capture a drug sale, or a murder, it's a little different (than recording an arrest)," said Jules Epstein, a civil rights attorney and the director of advocacy programs at the Beasley School of Law. "Then my phone camera has evidence of a crime. Hopefully, they would ask cooperatively. Technically, they could probably seize it. But then they have to get a warrant to play what is on it."

Police making an arrest, as in the footage captured by Gabriel, is not evidence of a crime, said Epstein. His opinion was shared by Louis Natali Jr., a criminal defense attorney with decades of experience.

"It sounds to me like the cops realized this was somebody they couldn't buffalo," Epstein said. "They backed down. But the real points here are citizens may do this. They should do it in a way that's not aggravating a situation. If they have evidence of a crime, hopefully they'll be good citizens and cooperate."

The police department's Office of Public Affairs pointed to a directive when provided a link to Gabriel's video and asked to clarify the circumstances necessary for police to lawfully seize a recording device. They did not provide a police report to the incident Gabriel captured, citing department policy.

The seven-page directive states "All police personnel ... should reasonably anticipate and expect to be photographed, videotaped and/or be audibly recorded by members of the general public." It instructs to first ask a citizen to consensually provide a recording. If it becomes necessary to seize the device, permitted only under the circumstances listed above, a supervisor must be contacted. 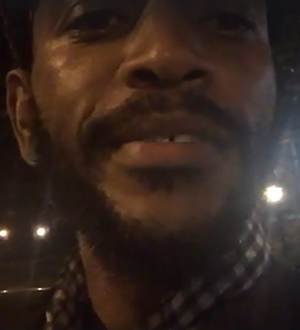 Jean-Jacques Gabriel refused to surrender his cellphone to Philadelphia police after recording an arrest on Facebook Live on Tuesday night in West Philadelphia.

The ACLU of Pennsylvania approves of the police department's policy. But staff attorney Molly Tack-Hooper said police have "a long history" of interfering with bystanders who attempt to record police activity.

"One thing that is incredibly clear is that there's absolutely no lawful basis to ask a bystander to stop recording," Tack-Hooper said. "That was something I heard in this video. The Philadelphia Police Department directive is pretty clear on that."

The ACLU is representing a pair of plaintiffs who allege Philadelphia police infringed upon their rights when they were recording two separate incidents involving police.

The lawsuit resulted in a federal court ruling that declared the First Amendment offers no protection to people recording police — unless they have a stated purpose challenging the police activity. The ACLU is appealing the ruling, issued earlier this year, which Tack-Hooper said stands as an outlier decision.

But she said it does not prevent someone from recording police.

"Even in the wake of that ruling, there's still no law making it a crime to record the police," Tack-Hooper said. "We have continued to urge people to use their power to record the police. We think it's incredibly important. Without that constitutional protection as a backstop, in theory, Pennsylvania could criminalize recording police."