Trinh Nguyen, 38, was captured after a manhunt Monday morning; the boys, 9 and 13, are not expected to survive 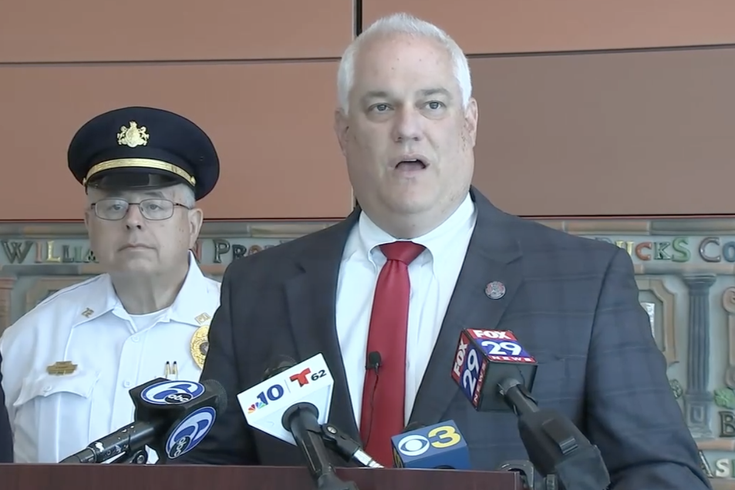 A Bucks County woman was arrested Monday morning after allegedly shooting her two young sons in the head, causing injuries that the boys are not expected to survive, District Attorney Matthew Weintraub said Monday afternoon. The victims, 9 and 13, were hospitalized in critical condition.

Trinh Nguyen, 38, was taken into police custody after a manhunt led authorities to the parking lot of Washington Crossing United Methodist Church. A public bulletin issued earlier Monday by Upper Makefield police had warned that Trinh was armed and dangerous.

The shooting happened shortly before 7 a.m. at the family's home in the 110 block of Timber Ridge Road, part of a duplex in Upper Makefield. Police were called to the property for a report of an armed person.

At the scene, police encountered Trinh's neighbor, a 22-year-old man, who said Nguyen had pointed a revolver at his face. Nguyen allegedly pulled the trigger twice, but the gun didn't fire. The neighbor then grabbed Nguyen in a bear hug and was able to disarm her, prosecutors said.

Before pointing the gun at her neighbor, Nguyen allegedly requested that the man take a box of photos from her to be given to her ex-husband, with whom the neighbor had worked, Weintraub said.

Once Trinh was disarmed, she fled the area in a white Toyota Sienna minivan. The neighbor was not injured. 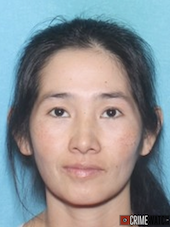 At the scene, the mother of the 22-year-old neighbor and an Upper Makefield township police officer checked on the Nguyen residence. Both of Nguyen's sons were found alive, but with gunshot wounds to their heads. They were transported to St. Mary's Medical Center.

Investigators said Nguyen crossed into New Jersey before she returned to Upper Makefield and was taken into custody at the church around 11:30 a.m.

Church officials contacted police after noticing that the van was in the parking lot.

Weintraub said Nguyen was taken to St. Mary's Medical Center because she appeared to be under the influence of drugs.

Both of Nguyen's children are expected to donate their organs to others for transplantation.

Once that occurs, the attempted murder charges against Nguyen will be upgraded to homicide, Weintraub said. Trinh is also charged with attempted murder for her alleged interaction with the 22-year-old neighbor.

Weintraub did not describe any possible motive that might have led to the incident on Monday morning. An investigation remains ongoing with Bucks County Detectives and Upper Makefield Township Police.