Gov. Murphy said on Friday that the state will use $10 million in COVID-19 relief funding to expand license plate recognition technology 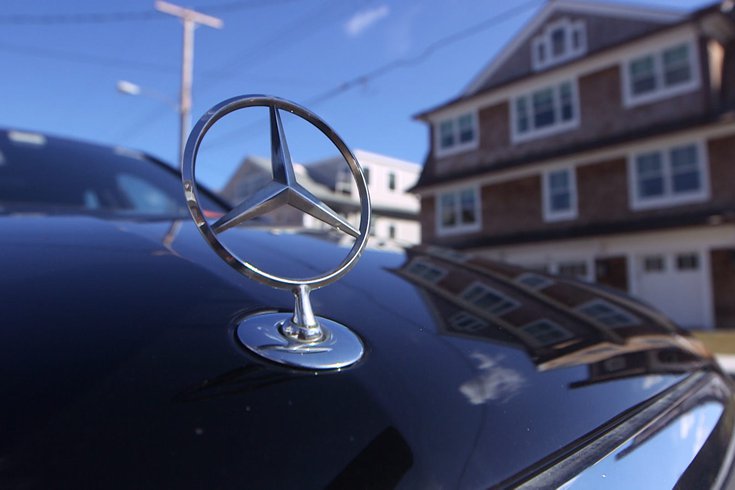 New Jersey has seen an uptick in car thefts in both urban and suburban areas since the beginning of the pandemic. As a result, the state will invest $10 million in American Rescue Plan funding to expand license plate recognition technology.

New Jersey is set to use $10 million in funding from the American Rescue Plan to expand the state's license plate recognition technology in an effort to curb a spike in car thefts throughout the state over the past year, state officials said on Friday.

The investment will be used to purchase automated camera systems to capture and store computer images of license plates in a database for law enforcement to access. The technology will be installed throughout the state, in both fixed locations and on mobile units.

The overall goal of the investment, Gov. Murphy said, is to reduce the rates of car thefts and other violent crimes that have spiked in both urban and suburban areas of New Jersey since the pandemic began in early 2020.

The state saw 14,320 cars stolen in 2021, an all-time high over the last five years. New Jersey has seen a 37% increase in car thefts since 2021, and a 53% increase since 2020. Stolen cars are also frequently associated with other violent crimes, like shootings, said Attorney General Matthew Platkin.

"The alarming uptick we are seeing in vehicle theft is unacceptable, and our administration is making investments to combat these occurrences statewide," said Gov. Murphy. "To aid law enforcement in this endeavor, an investment in ALPR technology will provide them with the tools they need to reduce these incidents and make our communities safer."

The ALPR technology is already being used in urban areas, but the investment will expand its usage in suburban areas to aid law enforcement in investigating car thefts and reducing the overall rate of theft and other violent crime.

Additional funding will be allocated to the New Jersey State Police for additional cameras on major roadways throughout the state. Information from those cameras will be shared with law enforcement in real time in order to assist in investigations of crime, including car theft.

"The allocation of these financial resources to increase the use of automated license plate reader technology is, quite, simply, a game changing moment in terms of our investigative abilities," said Colonel Patrick Callahan, superintendent of the New Jersey State Police. "This investment will undoubtedly help combat the growing number of motor vehicle thefts and associated rise in violent crime."

Opponents to the decision include the New Jersey Policy Perspective, a left-leaning think tank, whose policy analysts believe that using funding earmarked for COVID-19 relief on expansions for law enforcement shouldn't be done at all, or at least with discretion.

“American Rescue Plan funds were meant to help families and communities harmed most by the pandemic, not to expand police powers,” Marleina Ubel told NJ.com. “Any kind of police access to surveillance technology where they can then store that information shouldn’t be done at all, or at least with great discretion, because we know we have a culture of policing in this state that has resulted in New Jersey having the number one black-white disparity in incarceration in the nation.”

The alarming uptick in vehicle thefts we are seeing is unacceptable.

By investing $10 million in license plate recognition technology, we will ensure law enforcement officers have the tools they need to combat these crimes and keep our communities safe. pic.twitter.com/PxN8H66G9V

In March, Platkin and New Jersey State Police Colonel Patrick Callahan initially responded to the uptick in vehicle thefts by expanding the state's auto theft task force. Platkin announced at the time that the state would use $125,000 in funding from the federal Justice Assistance Grant to bolster the task force's resources, including additional law enforcement and equipment upgrades.

In 2021, the State Police reported 3,075 arrests involving received stolen property. Among those arrested for receiving stolen property, 211 were involved in 377 shootings, and 285 were arrested with a firearm, Platkin said.

In another shift to the state's response, New Jersey will once again allow police to utilize car chases for vehicle theft.

The overhaul of the state's use-of-force policy came in December, and car thefts and drug offenses were among the list of crimes in which police were not allowed to use car chases to track down suspects. Law enforcement were only allowed to pursue suspects for stolen cars if they had also committed a more violent crime.

The decision to go back on that decision comes as the state is facing this uptick in car thefts, and local law enforcement believes that the acts are becoming more "brazen."

"We will permit pursuits based on the commission of several additional crimes — car theft and receiving a stolen vehicle — at least through the end of this year, when we will evaluate the impact of this change," Platkin said. "These changes will give law enforcement the tools they need to meet the moment and to protect our communities while also being mindful of the inherent risks that come to officer safety and to the public when we do engage in police pursuits."

Officials renewed their reminder to residents that they should check and make sure their car doors are locked, and ensure that key fobs are not left inside the car. Platkin said that most car thefts occur when key fobs are left in the car, making it much easier to steal.