Despite efforts to reduce the state's backlog, there can be long stretches of time where victims do not hear about their test 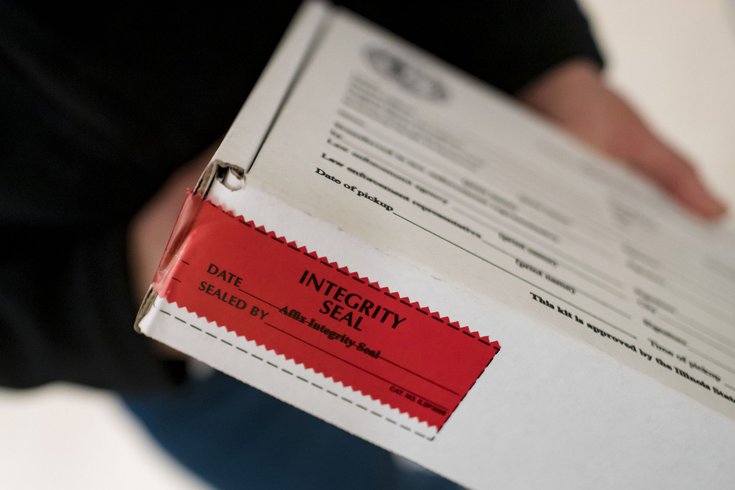 Rep. Joanna McClinton and Sen. Katie Muth are urging the state legislature to pass a bill that would establish a tracking system for rape kits throughout the state. The lawmakers hope the system will empower survivors and prevent future backlogs.

Pennsylvania could soon have a system to track untested rape kits throughout the state in an effort to prevent future backlogs of evidence in rape and sexual assault investigations.

A bill introduced by Rep. Joanna McClinton and Sen. Katie Muth would establish a system where sexual assault survivors could easily find status updates and information on their cases. The system would let survivors log-on anytime to check where their kit is currently located, when it was submitted and who they can contact for additional help.

Rape kits, which provide DNA and forensic evidence in order to aid law enforcement in investigating rape and sexual assault, has become a critical factor for survivors of sexual violence achieving justice. In many cases, investigators swab for DNA evidence on the body of the victim, on clothing worn by the victim during the incident and from the scene where the assault took place.

In 2015, a state law was passed requiring Pennsylvania to speedily test its backlog of rape kits. At the time, the Auditor General's Office found more than 3,200 untested kits, some dating back to the 1990s. Though the state has since reduced its backlog by more than 90%, efforts to prevent future lags in evidence and provide victims with additional response services have become more common.

Despite the state's efforts over the last several years to reduce the rape kit backlog, victim notification can vary from county to county, leading to long stretches of time where victims do not hear anything about the status of their test.

"While Pennsylvania has drastically decreased its untested rape kit backlog, it is unacceptable that so many who have survived the horrors of being sexually assaulted don't know where to turn for information about their cases and can go months without receiving an update," said McClinton. "We are working to ensure these brave individuals get answers in a timely fashion that they need and deserve by creating a system that keeps them informed every step of the way while connecting them with critical services that are available to further help in their recovery."

Rather than putting the impetus on victims to call into sexual assault crisis centers asking for information, creating a one-stop system to track the status of an untested rape kit could empower victims and improve the overall response of sexual assault and rape cases throughout the state.

The digital system would allow victims to search for the status of their kits anonymously, with no personally identifiable information or medical records required. It would help to "streamline" the test inventory by allowing the State Police to partner with local law enforcement using reports from the tracking system.

Brave survivors of sexual violence are sharing their tragic stories & how a rape kit tracking system would have helped them get the justice that they need & deserve. #justiceforsurvivors #pahouse #pasenate @PaHouseDems
@PaSenateDems  @SenatorMuth
@PCARORG @WOARphila pic.twitter.com/MhKfc13uoy

The records would be preserved within the system for victims to determine whether forensic testing on their rape kit has been performed.

The House bill and the identical bill in the state Senate have had bipartisan support from lawmakers since they were introduced in September. However, they have been stalled in committee since then.

"Every sexual assault kit is more than just a number — it represents the individual who lived through hell and deserves justice," said Sen. Muth, who represents portions of Montgomery, Berks and Chester counties. Muth, a survivor herself, said that it took her more than eight years to talk about her own experience.

Only 25 out of every 1,000 rapists end up in prison, according to the Rape, Abuse & Incest National Network. Survivors who receive rape kits often leave the hospital without knowing what is supposed to happen next.

Lawmakers and advocates from the Philadelphia Center Against Sexual Violence noted that not knowing the status of a forensic test can cause further emotional turmoil for survivors attempting to figure out next steps.

When the state legislature passed the 2015 law to speedily test Pennsylvania's rape kit backlog, only one state in the country — Idaho — had a system for survivors to track their rape kits. Today, more than 20 states and the District of Columbia have tracking systems.

Typically, these systems are housed by State Police who partner with local law enforcement in order to ensure that kits are tested quickly and survivors are notified as soon as possible.

Idaho created its tracking system following investigative reporting from the Idaho Press-Tribune, which found that between 2010 and 2015, Twin Falls police only submitted 23% of their rape kits for testing. In another county, only 10% of kits were sent in for testing.

Survivors are now given a tracking number following the extensive physical examination. They are then able to log on to a digital portal that informs them when their rape kit makes it into the custody of law enforcement and tracks it through the process of testing. They can also see when the forensic test makes its way to the DNA Tracking System and when it comes back with a match.

Similar to Pennsylvania's proposal, no names or personal identifiers are used in the system and the records are preserved for up to 55 years. The state can use the information to prioritize testing kits in cases that are nearing the end of the statute of limitations.

In its first year, the number of DNA samples eligible for testing in Idaho increased by 161.5% and the state had submitted all of its previously unsubmitted rape kits by 2018, The Atlantic reported.

When Philadelphia District Attorney Larry Krasner was elected in 2017, one of the key components of his political platform was to clear the city's backlog of untested rape kits, which included 1,574 kits. Krasner announced that the city had tested the entire backlog by May 2019.

Lawmakers hope that the bills will be heard in the state House and Senate Judiciary committees within the coming weeks and months.