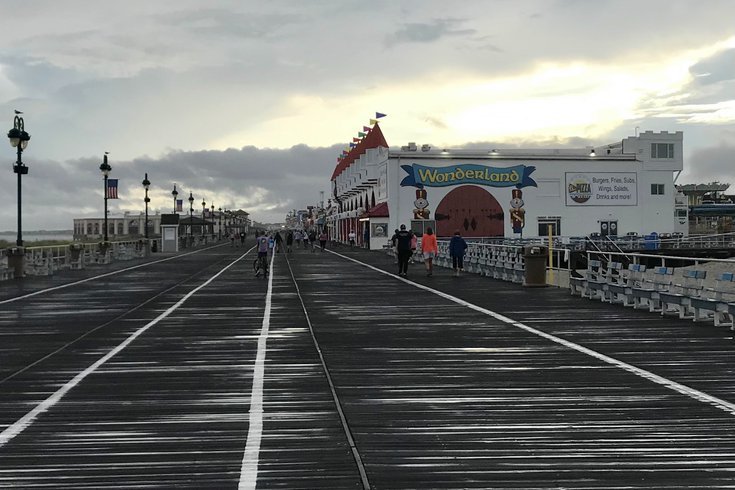 A man died Monday morning in Ocean City after falling from a lift that he was using to do work on the Ferris wheel at Gillian's Wonderland Pier.

A worker died Monday morning in Ocean City after falling from a lift that he was using to do maintenance on the Ferris wheel at Gillian's Wonderland Pier, officials said.

Ocean City Mayor Jay Gillian, whose family owns the historic boardwalk amusement park, confirmed the incident on Monday afternoon. The unidentified victim was an employee of a subcontractor working on a lift at the pier.

It was not immediately known what time the incident happened, what led to the man's fall or how far he fell from the lift.

"Our thoughts and prayers go out to his family," Gillian said. "We are cooperating with all appropriate authorities to thoroughly investigate the cause of this tragic accident."

Posted by Gillian's Wonderland Pier on Monday, May 2, 2022

The Gillian family has owned Wonderland Pier for nearly a century since it became a Jersey Shore destination. The 144-foot Ferris wheel, known as the Giant Wheel, is among the largest on the East Coast.

Financial troubles, which Gillian attributed to the COVID-19 pandemic, put the amusement park on the brink of a sheriff's auction early last year after the owners defaulted on $8 million in mortgage debt. Plans then emerged last March for Wonderland Pier to enter a partnership with Icona Resorts, which has several beach destinations in Cape May County.

The Gillian family said new financing from the partnership would enhance the guest experience at Wonderland Pier in order to position the business for a long-term recovery.

The amusement park was open last summer and already had opened select rides for the preseason period in 2022.

It was not immediately clear what kind of maintenance was being done on the Giant Wheel on Monday morning.