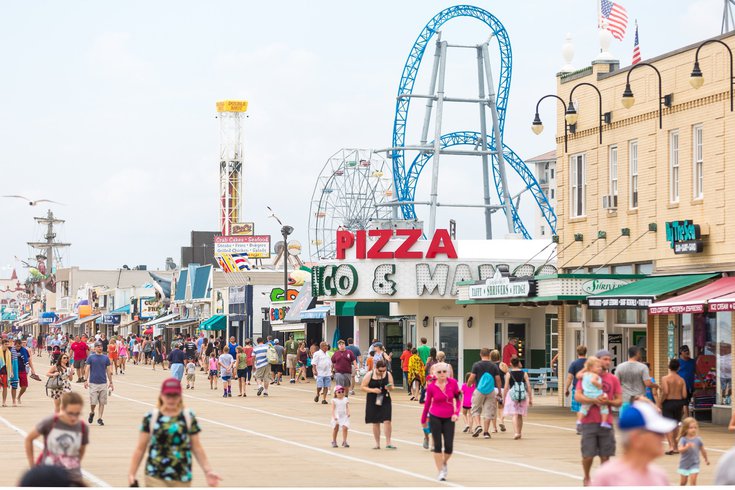 This summer, Ocean City, New Jersey, will have two jitney routes to transport vacationers to the shore town's boardwalk blocks and Asbury Avenue businesses. Rides cost $2 each way and the jitneys will travel as far south as 55th Street and West Avenue.

A new jitney service in Ocean City is being planned for the upcoming summer season, officials from the shore town recently announced.

The service will offer two routes that will transport people to the boardwalk and the downtown shopping district, with four to five jitneys running each day, Mayor Jay Gillian said at a recent City Council meeting. City officials will use the first year to assess ridership data and improve the jitney for future seasons.

"Providing safe and reliable transportation during the busy summer season is one of our greatest needs, and I'm looking forward to offering this service to our residents and guests," Gillian said. "Riders will be able to pay a small fare through an app and also track the location of the jitneys, so they don’t have to wait at the curb for too long."

Rides will cost $2 on both routes, George Savastano, business administrator and municipal engineer said, according to Ocean City Patch.

The downtown route will run between 10 a.m. to 2 p.m. on Tuesdays, Wednesdays and Thursdays , transporting passengers along Ashbury Avenue from 55th Street in the south and Battersea Road in the northend.

Dan Kelchner, the Ocean City's director of community services, told OCNJ Daily that the boardwalk route will operate from May 27 through Sept. 5 and the downtown route will run from June 14 to Aug. 5. City officials also hope it will ease the strain of public parking during the busy summer season.

The decision to create a jitney service was based on a 2019 economic study conducted by Econsult Solutions, which analyzed economic and tourism trends and provided recommendations to make the shore town more attractive for summer travelers.

Among the results, the consultant noted that car-free vacationing has become more popular and the method a traveler uses to get to the destination impacts their travel needs once they get there. The recommendations focused on optimizing bus routes from Philadelphia to Ocean City, increasing signage along key corridors for bikers and walkers to get around and providing a trolley throughout the town as a means of public transportation

Other recommendations included increased diversity in lodging options, like Airbnbs and long-term vacation rentals, as well as focusing on inclusive experiences to attract new populations of tourists.

Gillian said that the shore town expects to award a contract to implement the service at the next Ocean City Council meeting on Thursday, May 12.