Two crises in one: As drug use rises, so does syphilis 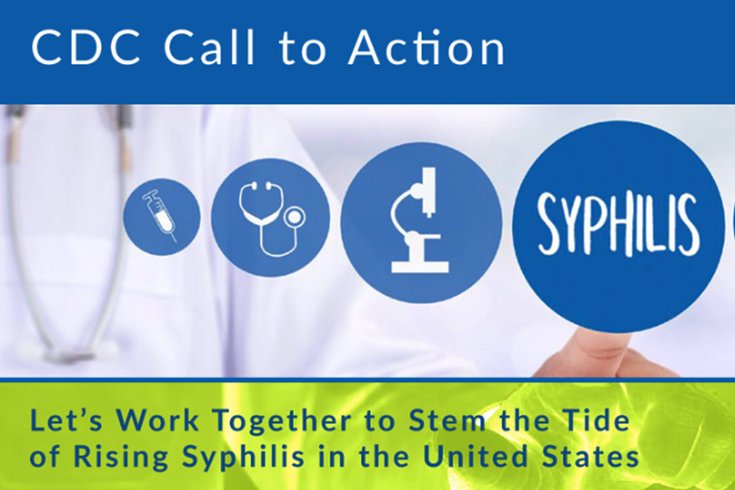 Public health officials grappling with record-high syphilis rates around the nation have pinpointed what appears to be a major risk factor: drug use.

“Two major public health issues are colliding,” said Dr. Sarah Kidd, a medical officer at the Centers for Disease Control and Prevention and lead author of a new report issued Thursday on the link between drugs and syphilis.

The report shows a large intersection between drug use and syphilis among women and heterosexual men. In those groups, reported use of methamphetamine, heroin and other injection drugs more than doubled from 2013 to 2017.

MORE HEALTH: The biology behind night owls' struggle in the 9-to-5 lifestyle

The data did not reveal the same increases in drug use among gay men with syphilis, the group with the highest rates of the disease.

Researchers said the results suggest that drug use — and the risky sexual behaviors associated with it — may be driving some of the increase in syphilis transmission among heterosexuals.

People who use drugs are more likely to engage in unsafe sexual behaviors, which put them at higher risk for sexually transmitted diseases, experts said. The CDC also saw increases in syphilis among heterosexuals during the crack cocaine epidemic of the 1980s and 1990s, and use of the drug was associated with higher syphilis transmission.

“The addiction takes over,” said Patricia Kissinger, an epidemiology professor at Tulane University School of Public Health and Tropical Medicine.

“I think it’s impossible to eradicate syphilis and congenital syphilis unless we are simultaneously addressing the meth-use and IV-use epidemic,” Kennedy said.

Syphilis rates are setting records nationally. They jumped by 73 percent overall and 156 percent for women from 2013 to 2017. The highest rates were reported in Nevada, California and Louisiana.

Syphilis — which had been nearly eradicated before its resurgence in recent years — is treatable with antibiotics, but if left untreated it can lead to organ damage and even death. Congenital syphilis, which occurs when a mother passes the disease to her unborn baby, can lead to premature birth and newborn deaths.

Substance use among both populations was highest in 13 Western states and lowest in the Northeast. In California, methamphetamine use by people with syphilis nearly doubled for women and heterosexual men from 2013 to 2017, according to the California Department of Public Health.

The intersecting epidemics of sexually transmitted infections and substance abuse make it harder to identify and treat people with syphilis because drug use makes people less likely to go to the doctor and to report their sexual partners, Kidd said.

Pregnant women also may be reluctant to seek prenatal care and get syphilis testing and treatment because of concerns their doctor will report the drug use.

To stem the transmission of syphilis, the CDC urges more collaboration between programs that address STDs and programs that treat substances abuse.

Drug use is an “incredibly huge contributing factor” to somebody getting an STD and transmitting it, said Jennifer Howell, sexual health program coordinator for the health district in Washoe County, Nev.

“Everybody needs to see that we are dealing with a lot of the same clients,” she said.

The county has started offering STD testing for people entering inpatient drug treatment facilities, Prado said. “That’s our opportunity to get them screened,” he said.

Those who return for the results are offered incentives such as gift cards. The county also gives people in drug treatment a care package that contains condoms and education materials about sexually transmitted infections, Prado said.

The city of Long Beach sends a mobile clinic to drug treatment facilities, where it provides HIV testing, said Dr. Anissa Davis, the city’s health officer. She said Long Beach hopes to expand services to include screening for other sexually transmitted infections.

Although increased collaboration between drug treatment providers and STD clinics is essential, it’s not always easy because they traditionally have not worked together, said Kissinger of Tulane.

“The STI people are hyperfocused on STIs and the substance abuse people are focused on substance abuse,” she said. It is an “opportunity lost” if people in drug treatment aren’t screened for syphilis and other sexually transmitted infections, she added.

“The STD workforce has almost entirely disappeared,” he said. “While policies could be put in place that require syphilis testing, those policies also have to come with resources.”