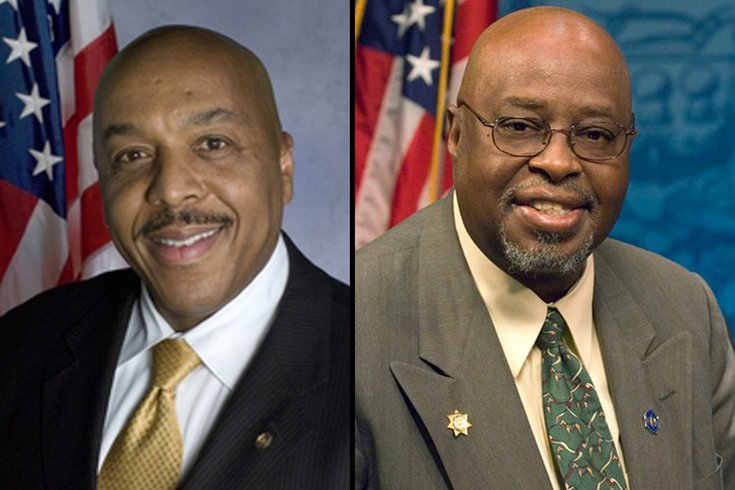 Waters, a Democrat who has represented the 191st Legislative District since 1999, pleaded guilty to nine counts of felony conflict of interest. He was sentenced to 23 months probation and ordered to pay $8,750 in restitution and $5,000 to cover the cost of his prosecution. He also must resign.

James, a Democrat, who previously served in the 186th Legislative District, pleaded guilty to one count of felony conflict of interest. He was sentenced to 12 months probation and ordered to pay $750 in restitution. He also must pay $2,000 to cover the cost of his prosecution.

Williams released a statement calling their admissions of guilt a "sad day" for Philadelphia.

"Representatives Waters and James, both of whom I know and call friend, have ended their distinguished careers by taking responsibility for their actions, and I appreciate that, because the evidence clearly shows that they broke the law," Williams said. "This office's ongoing mission to find and prosecute political corruption is one I take seriously and one that I will continue to do for the people of Philadelphia and the Commonwealth of Pennsylvania."

A confidential informant recorded Waters accepting $8,750 for voting against specified legislation, contacting an elected official to help the informant's friend obtain a job and coordinating and attending meetings with an executive at the Philadelphia Parking Authority.

The informant recorded James accepting $750 for his reelection campaign and offering to further sell his services to the informant.