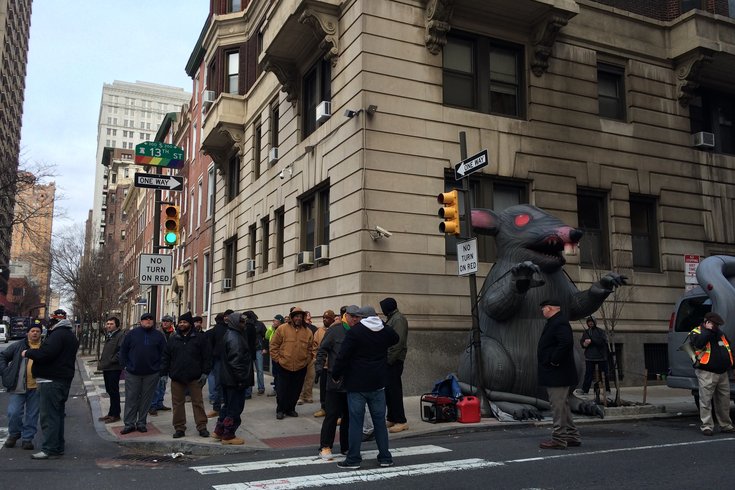 Members of Philadelphia's building trade unions protest on Friday morning at the intersection of 13th and Spruce Streets.

At least three monstrous inflatable rats – and a gray "rat mobile" – joined an early morning protest at 13th and Spruce streets on Friday as union members from the city's building trade unions clogged the streets to protest what they called an "out-of-state developer."

And they plan to be back at the Center City intersection on Saturday, union officials said.

Joined by IBEW Local 98 Business Manager John J. Dougherty, protesters shut down the intersection at about 8 a.m. in a protest against a New York State developer who, union members claim, has violated area construction wages and standards while hiring laborers to perform construction work at the Parker Spruce Hotel at 261 S. 13th St.

On Friday afternoon, Dougherty alleged that tax revenue could be lost to the city because the developer is paying its workers in cash.

In a unique move, the unions operated a drone overhead to capture aerial images of the protest.