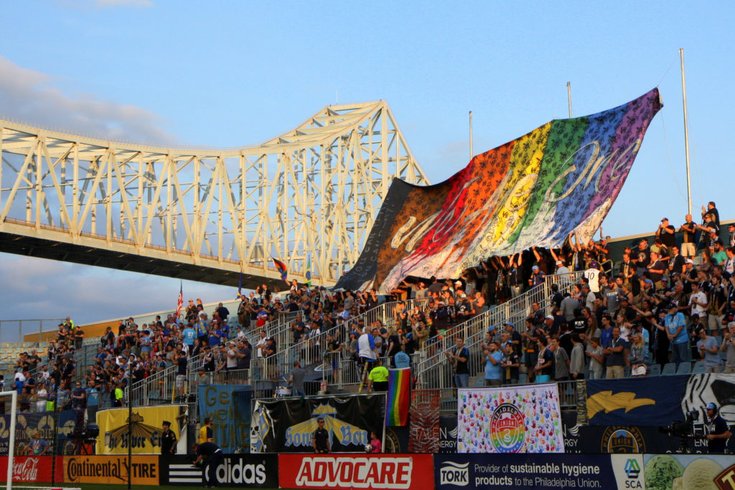 Barring a September miracle, the Philadelphia Union are headed for their 6th losing season in eight years of existence.

That's not great for business, and many longtime season ticket holders are approaching this year's renewal process with heightened levels of caution.

In truth, Union pricing is still very reasonable, with SOB members getting into the River End at $351 and midfield tickets going for around $875. The most expensive tickets are on "Manager's Row," which is right behind the bench. Those will set you back $4,950.

Some of those prices are hundreds, even thousands of dollars less than Eagles and Sixers tickets, which you can't even get right now. That's one of the perks of following a smaller, still-nascent soccer team in a "four for four" town.

You also get some decent benefits otherwise, with bonus games like the summer friendlies and a USOC match or two thrown in (I think). Your parking and concession prices are cheaper than single-game payers and there are exclusive perks for season ticket holders, like the rewards program and access to events with coaches and players.

Another thing that changed was the offering of a 12-month payment program instead of a six-month program, which provides more financial flexibility for the customer. Paying $70 a month for a seat in section 128 is probably less than what you're coughing up for your phone bill.

I did an impromptu survey online and found a couple of common concerns among season ticket holders:

And some of the top reasons for renewals:

The takeaway from the feedback I received was typically Philadelphian.

People enjoy the gameday atmosphere and want to support the team even though they aren't very good. I got the sense that most people are reluctantly going to renew their tickets and hope for the best next year.

At the last town hall meeting, Chief Business Officer Tim McDermott reportedly said that 87 percent of season ticket holders renewed in 2016, and that retention rates were positive compared to other teams around the league. The front office beefed up its sales staff and last summer brought in Charlie Slonaker as Vice President of Ticket Sales and Fan Services. He previously worked for the Indiana Pacers, Chicago Fire, and Cincinnati Bengals.

Here are some of the more interesting responses I received regarding season ticket renewals:

"I don't think renewal is the question for me, but price point is certainly an issue. I'm currently in (redacted), paying between $1500-2000 for a pair and I'm thinking of moving below the TruMark club for a few reasons. First, lack of financial investment on the field is certainly an issue. We're pumping money in blindly to be told the moves are coming in the future, yet here we are behind an expansion side (Atlanta United) and the only team standing pat at the window. Secondly, the game day experience is so strong that not renewing would seem more like depriving my family and I too much to make a very small point. We usually spend half the game somewhere else around the stadium anyway. I think as a die-hard, it's more 'how much do I want to spend' rather than 'do I want to spend.'"

"I don't think I'm an ignorant fan. I know the game well. I've played my whole life and I coach. I also refereed at a fairly high level and understand the professional game in this country. I know results cannot be guaranteed, but I don't see this as a competitive organization. Don't treat me like a fair weather fan who just wants to see wins. I want to see good soccer and a reason to hope. I waited for this my whole life. I experience this with my 13-year-old son and have done so since day one. The on-field performances have slowly eroded any sense of hope I've had to see us contend and in this league quick turnarounds are possible. Its frustrating. My seats renew at about $2,800 plus parking. That's asking a lot on faith."

"I am a little peeved that prepaid parking went up from 10 to 11 dollars a game. I don't really care about the dollar, just the hubris to charge more for anything after the season we have all witnessed this year. Against my better judgment I am going to renew my ticket, which is probably how a lot of people are feeling right now."

We drink more with pals @ game than we do watching, because team is just so average. Just so many head scratching moves by the FO

"As disappointing as the team was this season and as infuriating as the front office is that's not what it's about for me. Being a season ticket holder lets me have an excuse to take off work, get together with my friends, day drink and get rowdy in the River End. For a little over $300 It's well worth it to me. Yea, it's kinda hard handing over money to a half-hearted ownership (group) but I won't be thinking about that when I'm dooping in the stands."

"I am a founding member, but I see little incentive to renew now. No on-field product, overpriced and poor quality food, and expensive tix."

Fan 7 – Used to be a season ticket holder

Was a season tix holder for 6 years. Got rid of them last season. Tired of the same crap every year and tix and food prices are ridiculous.

Fan 8 – Not feeling the love

"My family will be renewing our six seats but recently we've talked about/wondered what the number is for season ticket holders from the very beginning. We are in that group, and honestly feel like they don't do enough to retain people like us. They think of all these ideas to get new season ticket holders, which is great, but take for granted the people who have watched the team from the start be mediocre at best. They obviously don't owe us anything, but a thank you for sticking with them would be nice."

Fan 10 – At least the other team has good players

"I will (renew), but it is much less for the team at this point than it is talking to the people around me and watching live soccer. Hell, I get to see good players that the opposition brings at least. I also think I'll probably write my ticket rep and explain this to him. I know it won't do any good but it might make me feel better."