The return of the USFL to Philadelphia is a no-brainer 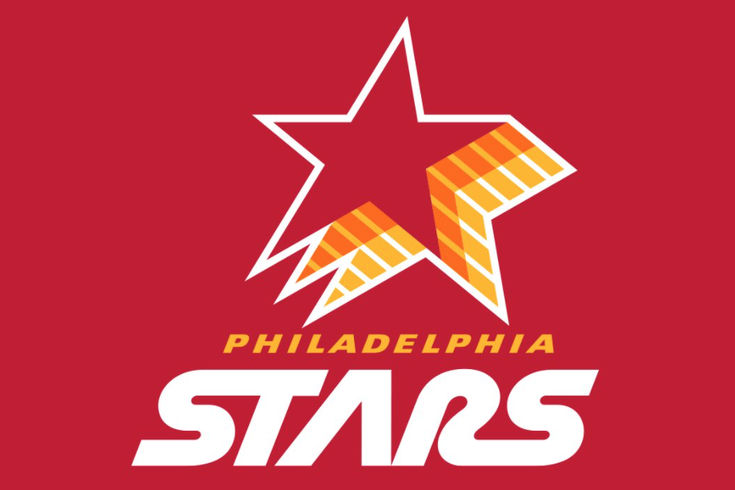 The Philadelphia Stars will be one of eight franchises that will begin play in April when a revamped version of the USFL returns after 37 years.

The Philadelphia Stars are officially back.

The city's former United States Football League team will take the field for the first time in 37 years when a revamped version of the professional organization kicks off this April.

The Stars are one of eight franchises, all of whom were in the original USFL, that will take part in a 10-game regular season schedule beginning this spring — therefore not competing against the NFL and college football. The original league had 12 teams when it began play in 1983 and eventually had as many as 18 franchises before folding after three seasons.

Several cities, like Philadelphia, will now have two professional football teams again. Philly will be in the league's North Division, along with the New Jersey Generals, Pittsburgh Maulers and Michigan Panthers. The league's South Division will consist of the Birmingham Stallions, Houston Gamblers, New Orleans Breakers and Tampa Bay Bandits.

Games will begin in April 2022 and last through mid-June. Most games will be played on Saturdays and Sundays, with some contests held on Fridays and Mondays.

Unfortunately for Philly sports fans, games may not be played in 2022 at Lincoln Financial Field or another nearby football stadium in the region. The USFL's inaugural season will be held in one host city, which has yet to be determined. But future seasons are expected to take place in home markets.

"We're excited to take this next major step in the development of a new USFL," USFL President of Football Operations Brian Woods said. "These eight teams form the core of our initial league membership and will represent an exciting brand of professional football coming this spring. We look forward to the start of our inaugural season."

We are the Philadelphia Stars ⭐️ pic.twitter.com/nWP9Kz6Hde

The return of the USFL and the Stars to Philly is a no-brainer. When plans emerged earlier this year for the USFL to come back after going out of business in the mid-1980s, it was unknown whether the league would return to a city where much of its short-lived success was rooted.

But bringing the league and the Stars back to a football-crazy city like Philadelphia is a winning strategy.

The Stars were arguably the original USFL's most successful franchise when they were in Philly. The team played most of its games at Veterans Stadium and a few playoff contests at Franklin Field during the 1983 and 1984 seasons.

During that two-year-span, the Stars had the USFL's best record, winning a pair of Atlantic Division and Eastern Conference titles on its way to appearing in the USFL championship game both seasons. The Stars lost to the aforementioned Panthers in the 1983 championship game in Denver, but the team bounced back to win the 1984 USFL championship over the Arizona Wranglers in Tampa Bay.

Coached by Jim Mora, the team featured stars like Chuck Fusina, Kelvin Bryant, Sam Mills and Sean Landetta — several of whom went on to have successful NFL careers.

However, as the USFL sought to shift its schedule to the fall and go head-to-head with the NFL, the franchise was forced to relocate, as it was unable to play in Veterans Stadium at the same time as the Eagles.

The Stars relocated to Baltimore for the 1985 season after the NFL's Baltimore Colts infamously left for Indianapolis in the middle of the night. The team went on to win the USFL championship again in 1985 before the league went underwater.

The Philadelphia Soul was the last alternative pro football team in the city, and it was one of the final six Arena Football League franchises before the organization folded two years ago.

Founded in 2004, the Soul played its games at the Wells Fargo Center and the Spectrum. The team won three AFL titles, four conference championships, four division titles and made 11 playoff appearances.

Philadelphians love football. There's no such thing as too much football in this city. The passion the fanbase has for football is second to none, as recently evidenced by newly-minted local celebrity Mary Kate from Delco. The success of both the Stars and the Soul show that this city can and will embrace a second professional football team.

The Stars will never reach the same heights of fandom in the region as the Birds, but they can count on a dedicated fanbase showing up to games at Lincoln Financial Field or whichever stadium the franchise eventually calls home. And if you don't think rabid Philly sports fans will travel this upcoming season to the USFL's host city to cheer on the Stars, think again.