Could Philly get another pro football team in 2022?

The USFL is planning for a return next spring, but it remains unknown whether the league will come back to a city where much of its short-lived success was rooted 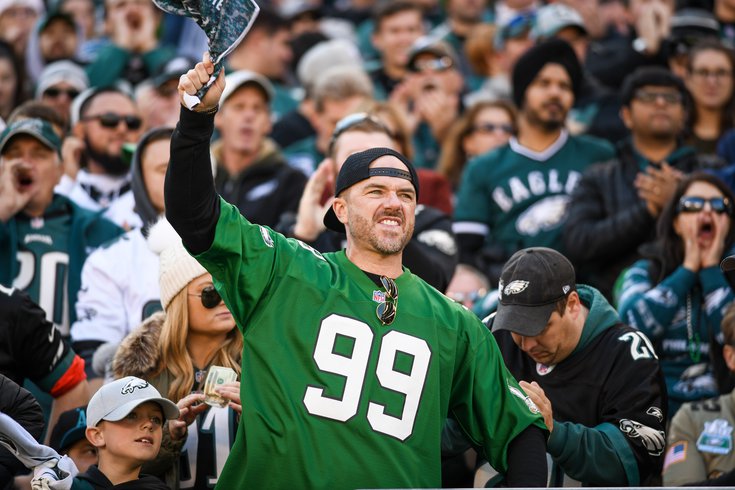 Fans cheer on the Eagles. Could another pro football team be headed to Philly?

The United States Football League announced Thursday that it will be returning to the gridiron next spring for the first time since the organization went out of business in the mid-1980s.

The league said it will aim to have a minimum of eight teams when play kicks off in 2022 and that team names from the original league could return. More information on potential cities, teams, head coaches and game schedules will be unveiled at a later date, the league said.

Started in 1983, the USFL originally played in the spring and summers seasons, which is the plan for the new incarnation, so that it didn't have to go up against the NFL and college football. The league began with 12 teams for its inaugural season and eventually had as many as 18 franchises.

However, after only three years, the USFL folded following the 1985 season after the league had decided to switch to the fall for the 1986 season and compete directly against the NFL. The attempt to switch seasons and a subsequent antitrust lawsuit against the NFL made the USFL all but bankrupt, forcing the latter to cease operations.

But with news that the USFL is expected to return in the spring of 2022, could the league bring a franchise back to Philadelphia and give the city a second professional football team?

The Philadelphia Stars were arguably the original USFL's most successful franchise. Owned by real estate magnate Myles Tanenbaum, who originally wanted to nickname them the Stallions in honor of Rocky Balboa, the Stars played at Veterans Stadium during the 1983 and 1984 seasons. The team also had a few playoff games in 1984 at Franklin Field due to a scheduling conflict with the Phillies.

Coached by Jim Mora, who would go on to become a head coach in the NFL with the Saints and Colts, the Stars were loaded with talent.

Former NFL quarterback and Penn State star Chuck Fusina was the MVP of the 1984 championship game and the USFL's most outstanding quarterback that year. Running back Kelvin Bryant, who would go on to win a Super Bowl title with the Washington Football Team, was the league MVP in 1983.

Sean Landeta would go on to become one of the greatest NFL punters of all-time, earning seven All-Pro selections, two Pro Bowl nods and two Super Bowl titles with the Giants. Landeta returned to Philadelphia and played for the Eagles from 1999-2002 and during the 2005 season.

Linebacker Sam Mills also went on to have a strong NFL career with the Saints and Panthers, as he was a five-time Pro Bowl selection and three-time All-Pro honoree.

However, as the USFL sought to shift its schedule to the fall, the franchise was forced to relocate, as it was unable to play in Veterans Stadium at the same time as the Eagles.

The Stars relocated to Baltimore for the 1985 season after the NFL's Baltimore Colts infamously left for Indianapolis in the middle of the night. The team went on to win the USFL championship again in 1985 before the league folded.

Now, with the USFL eyeing a return to play during the NFL's offseason, one would think that clears a path for a second pro football franchise returning to Philadelphia next spring.

History, however, has not been kind to alternative pro football leagues that have tried to take a swing at the NFL's year-round dominance.

The original XFL played only one season in 2001 before going out of business. The league returned in 2020, only to be shut down again five weeks into its inaugural season as the COVID-19 pandemic began. Now owned by a group that consists of Dwayne "The Rock" Johnson, the XFL is expected to return to the field in 2022.

The Alliance of American Football, or more simply known as the AAF, couldn't even make it through its entire inaugural season in 2019 before going bankrupt.

Perhaps the most successful alternative pro football league to date has been the Arena Football League. Started in 1987, the AFL lasted for 32 years before going out of business in 2019.

Similarly to the USFL, the concept of indoor arena football was successful in Philadelphia. The Soul was the last alternative pro football team in the city, and it was one of the final six AFL franchises before the league folded two years ago.

Founded in 2004 by Jon Bon Jovi, the Soul played its games at the Wells Fargo Center and the Spectrum. The team won 3 AFL titles, four conference championships, four division titles and made 11 playoff appearances.

Even after the AFL briefly went out of business in 2009, former Eagles quarterback Ron Jaworski bought the team and returned the Soul to action in 2011 following a two-year hiatus.

The reborn USFL is highly unlikely to cut into the NFL's reign atop the professional sports landscape in the U.S. But if the USFL wants to have long-term success, bringing a franchise back to Philadelphia is an absolute no-brainer.

There's no such thing as too much football for Philadelphians, and the success of both the Stars and the Soul show that this city can and will embrace an alternative to the Eagles. A USFL franchise will never reach the same heights of fandom in the region as the Birds, but it can count on a dedicated fanbase showing up to games at Lincoln Financial Field or whichever stadium it calls home.