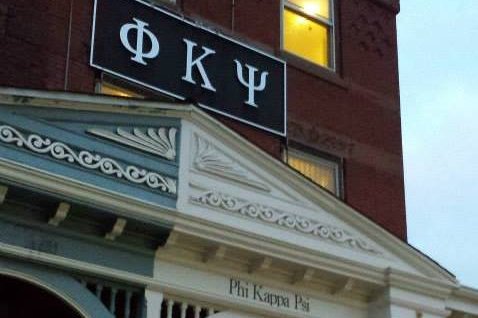 Phi Kappa Psi fraternity house at the University of Pennsylvania.

A recent graduate and former University of Pennsylvania's Phi Kappa Psi fraternity member has filed a lawsuit against the fraternity and a former fraternity brother who he alleges sexually assaulted him.

According to Philadelphia Magazine, which obtained a copy of the lawsuit, the victim was a 19-year-old sophomore when the incident occurred after a night of drinking to the point of “severe intoxication” at a "rush party” in January 2013.

He’s filed a personal injury claim against his alleged attacker, a fellow Phi Kappa Psi member at the time, for assault and battery, as well as the fraternity for serving him excessive amounts of alcohol when he was underage.

He is seeking $450,000 in damages, Philadelphia Magazine reports.

According to the article, the fraternity brother does not deny having sexual intercourse with the alleged victim, but said it was consensual. He denies all the other claims. It is unclear if a police report was ever filed on the incident.

The fraternity has yet to respond to the allegations in court.