Special needs teens get a royal lift to the prom 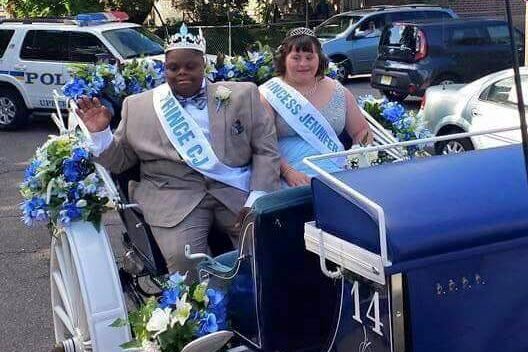 Clarence "CJ" Dorsey and Jennifer Cassidy, both with Down syndrome, ride in a carriage to Upper Darby High School's senior prom.

Correction: The caption with the photo that accompanied this story was updated at 12:35 p.m. Tuesday, June 9, 2015, to reflect that all costs of the prom were paid by Janai Bell.

A red carpet, a horse-drawn carriage and a crown and tiara were part of a royal sendoff for two Upper Darby teenagers headed to prom.

The ride in style was coordinated and paid for by Dorsey’s mom, Janai Bell. Upper Darby Police Superintendent Michael Chitwood helped make the event special, according to Philly.com.

She said she called the police department to request a permit to make the ride possible, which is when Chitwood offered a police escort as well.

"They weren't chosen as prom king and queen, but I wanted to let them know that they were king and queen of our hearts,” Bell said.