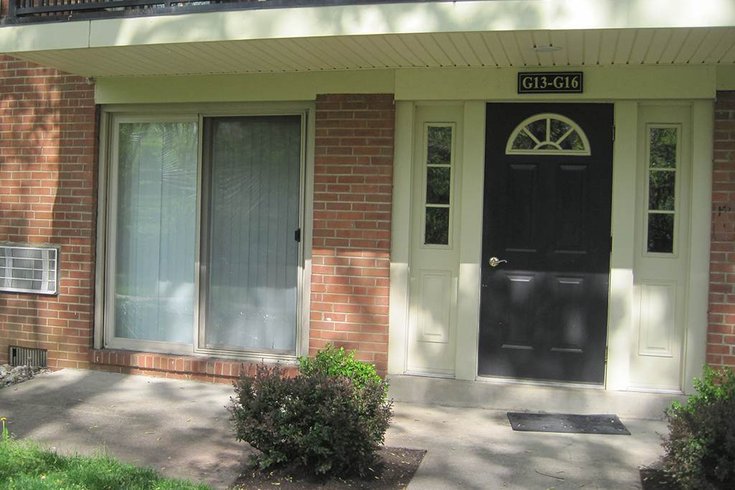 Markia Benson, 36, was attacked and killed in Unit G-15 of the New Orleans Park apartments in the Secane section of Upper Darby, Delaware County. Her body was found in a bathtub on March 30 after police responded to a 911 call from concerned friends and co-workers.

The door to Apartment G-15 at the New Orleans Park apartments in Upper Darby's Secane neighborhood remains padlocked as police continue the intense investigation into the "brutal, sadistic" killing of its tenant.

Markia Benson, 36, was found inside that apartment after police responded to a 911 call shortly before 5 p.m. March 30.

“Right now we are looking for a break in the case,” Upper Darby Police Superintendent Michael Chitwood said. “We work very closely with the DA’s Office, and they have given us money to do forensic DNA examinations on several pieces of evidence. Now we are waiting for the forensic findings. We have numerous suspects.”

“The homicide scene was indicative of somebody who was really, really angry. This was personal. We believe it was a crime of passion and hatred. There were [derogatory] messages written on the wall.” – Upper Darby Police Superintendent Michael Chitwood

According to Chitwood, police were summoned to Building G in the sprawling apartment complex located on both sides of the 900 block of South Avenue.

“A co-worker and boyfriend or former boyfriend show up about the same time to check on her,” Chitwood said. “She hadn’t been seen that day and never showed up for work. They checked the sliding glass door on the ground level, and it was locked up tight. They went to the leasing office and two ladies from the office came to unlock the door.

“When they entered, the leasing agent sees the apartment in disarray and asks, ‘Is this normal?’" Chitwood said. "The boyfriend says, 'No, it’s not,' and he goes to the back of the apartment and finds the victim in the bathtub lying naked on her back. He says, ‘Oh, my God.’ Her left foot was out of the tub and the shower was still on. He turned the water off. It was hot water. She was scalded. Apparently the water had been running all day.”

Delaware County Medical Examiner Dr. Fredric N. Hellman conducted an autopsy and determined the cause of death was blunt and sharp force injuries to the head and neck complicated by immersion and extensive scald burns.

“The homicide scene was indicative of somebody who was really, really angry,” Chitwood said. “This was personal. We believe it was a crime of passion and hatred. There were [derogatory] messages written on the wall.”

The superintendent declined to divulge the specific words.

Through investigation, police determined Benson was killed in the bedroom. 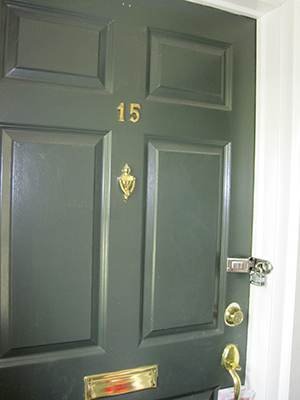 A padlock remains on the door of Apartment G-15 at the New Orleans Park complex in the Secane section of Upper Darby. Upper Darby police are continuing an intense investigation into the brutal killing of Markia Benson nearly one month ago.

“It was a vicious fight,” Chitwood said. “There was blood on the walls and feces on the floor. He beat her and killed her and dragged her into the bathroom. It looks like she fought for her life and lost."

He continued, “This was a brutal, sadistic killing because of the messages, the body and the crime scene. It’s tragic.”

Chitwood has assigned a team of officers to the homicide case, including lead investigator Detective William Sminkey and Detective Capt. David Madonna.

After news broke about Benson's death on March 31, Upper Darby police received multiple tips in that first day. One man's name was mentioned several times by those who contacted investigators, Chitwood said.

“Since then we haven’t received any more tip calls,” Chitwood said. “We did evidence gathering at the scene and collected numerous articles, fingerprints and took photographs. We started interviewing people and did neighborhood surveys. Nobody saw nothing. People were at work during the day and didn’t hear anything."

One neighbor told police he heard Benson arguing with a man several days before she was killed. Police also have interviewed Benson's mother, father, two sisters, family, friends and her co-workers.

"We talked to everybody," Chitwood said.

There was one person questioned by police who Chitwood said flunked a polygraph test. Others have given fingerprints and DNA samples, and police have checked phones and alibis of persons of interest.

"We have done a lot of legwork to support statements of people of interest, and we’re going to keep on banging away until it’s solved," Chitwood said. "This is going to be a forensic case, and we are looking for a break in the case."

Detectives met Tuesday and reviewed all the evidence. The department also has reached out to Delaware County District Attorney Jack Whelan to expedite the forensics phase of the investigation. 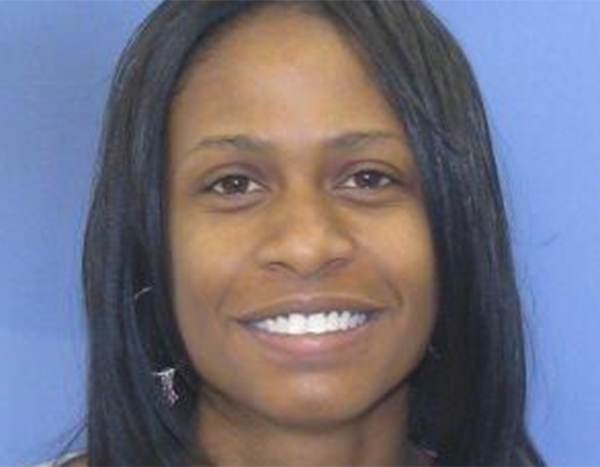 Markia Benson was killed on Wednesday, March 30, at her home in Secane, Delaware County.

Benson was last seen alive getting out of her car, a 2013 maroon Lincoln MKZ with New Jersey tags, at 8:29 p.m. the night before the attack, Chitwood said.

“Her mother, Paula Richardson, texted her daughter the morning of her death,” Chitwood said. “There had been some [text] communication between 8:30 and 9:45 a.m. and everything seemed OK. Markia was getting ready to go to work.”

Richardson last saw her daughter the weekend of March 26 and 27. She exchanged texts with her daughter that day about a planned mom-and-daughter trip for Mother’s Day. Benson is the youngest of Richardson's three daughters – who are ages 40 and 44 – and they often all traveled together.

“We’ve been traveling for Mother’s Day [for] several years now,” Richardson said. “Markia would make all the plans. She loved to travel and had traveled all over for her job. It was my idea to travel instead of spending money on Christmas gifts.

"That day she texted me about the airfare and date," Benson's mother continued. "We previously went to Disney World several times. We go all over. We’ve been to Vegas, Los Angeles and San Diego and on a cruise. This year we were going to go to Florida. We planned to rent a five-bedroom house with a pool – the whole nine yards. I was just going to chill. We’re not going now. We’re not up to it.”

By all accounts, Benson was an attractive, ambitious woman who never married and did not have children. She was employed at SIG Combibloc, a package company in Chester.

“She had a very good job,” Richardson said. “She traveled a lot for her job and went on trips a lot. She always sent home pictures. She went to school for several different things, real estate to make extra money, but then never pursued it. Then she went to computer programming school, and now she was going to school for something to do with her job. I hope something will be breaking soon in the investigation.”

Anyone with information on Benson's death can contact the Upper Darby Police Department at 610-734-7677.