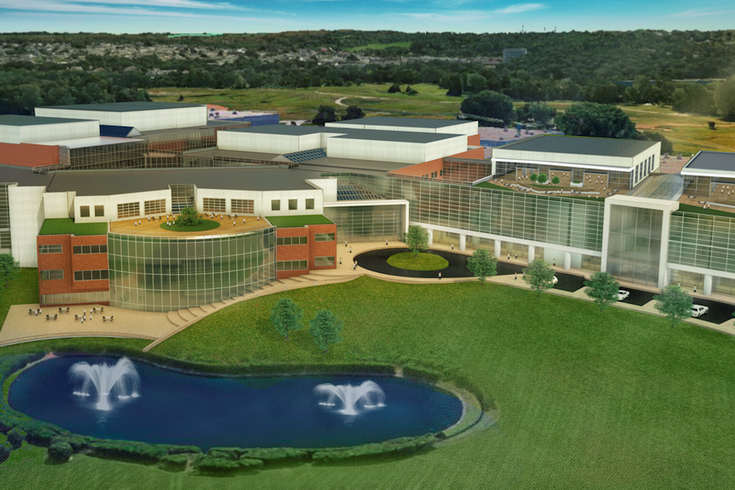 The sprawling former site of a GlaxoSmithKline research & development campus in Upper Merion will soon be home to the world's largest co-working community.

The Discovery Labs, a platform company that acquires former pharmaceutical R&D facilities, announced Wednesday it is redeveloping a pair of sites in Upper Merion and King of Prussia to create an ecosystem for health care, life sciences and technology enabled companies.

Located at 709 Swedeland Road, the Upper Merion West Campus covers one million square feet, while the Innovation at Renaissance Campus across the street in King of Prussia includes another 640,000 square feet of office space.

“The Discovery Labs is 20 times larger than the average coworking space, such as WeWork, and provides the mission critical infrastructure needed to operate healthcare, life sciences and technology-enabled companies, Discovery Labs chief financial officer Audrey Greenberg said in a statement. "The size of each Discovery Labs enables enterprise level companies to work side by side with startup and emerging companies and enjoy the benefits of the coworking phenomenon."

In partnership with The Pennsylvania Biotechnology Center, members in the new space will have access to The Discovery Labs' IQ connect incubator, the company said.

“There’s a surge of life science startups in Pennsylvania, with more than half of these companies staffing fewer than 10 employees," Christopher Molineaux said. "The coworking lab facilities of Discovery Labs can help support the growth of small business with billions of dollars of infrastructure, so they can spend capital on development of new technologies and lifesaving and life enhancing products."

Renovations at the facility will include a $10 million conference center, video conferencing, a 275-seat auditorium and adjoining meeting and education rooms. Glass walkways will connect the 12 campus buildings, each ranging from 50,000 to 125,000 square feet, while outdoor spaces and a 14,000-square-foot fitness center will also be on site.

Tenants who have already signed leases at the space include The Children's Hospital of Philadelphia, Thomas Jefferson University, GlaxoSmithKline, Tosoh Biosciences and Crown Castle.

The building was sold by GlaxoSmithKline last year and the estimated cost of the renovation project approximately $500 million. GlaxoSmithKline also maintains a presence at the renovated space after moving some of its workforce to another location.

A spokesperson said the Discovery Labs space is likely to be the first of several in the United States as the company acquires other legacy pharmaceutical research facilities.