Seven transit authority police were in Washington, D.C. on Jan. 6; an investigation is ongoing. 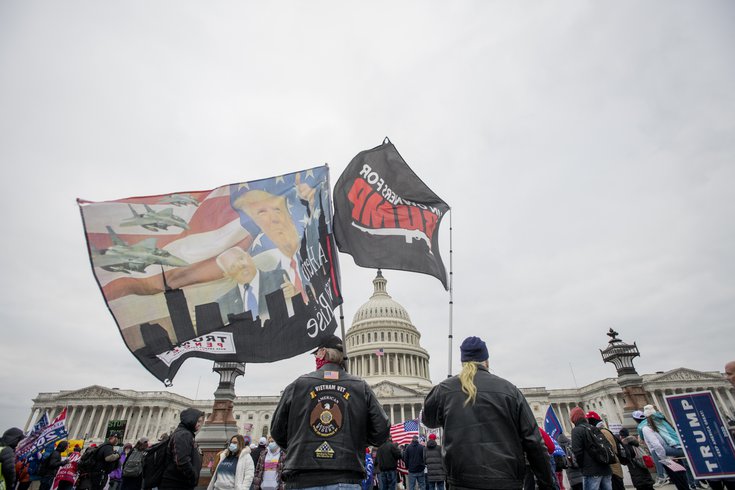 There is still no evidence that the seven SEPTA transit officers who attended the "Stop The Steal" rally participated in illegal activity at the U.S. Capitol, according to the transportation authority.

A SEPTA police officer's attendance at President Donald Trump's rally in Washington, D.C., on Jan. 6 has lead scrutiny of the cop's social media accounts and officer being reassigned to an administrative role.

The transit police officer is of seven on the SEPTA police force who attended rally that preceded the violent insurrection of the U.S. Capitol. SEPTA is conducting an investigation, and at this time there is no evidence any of the police who attended the "Stop The Steal" rally participated in illegal activity at the U.S. Capitol, a SEPTA spokesperson said.

The decision to reassign the one officer came after it was found that the transit cop's old social media posts violated SEPTA's social media policy, WHYY reported.

SEPTA's investigation is expected to conclude in the next week. The results will be shared with the FBI, which continues to make arrests of those involved in the insurrection.

SEPTA opened the investigation last week. The names and ranks of the officers have not been made public.

"We’re very concerned. It’s pretty clear that a riot occurred and that there was an attempt to overthrow our government, and we want to make sure our members weren’t a part of that," SEPTA Police Chief Thomas Nestel said last week.

SEPTA police received a tip that one of their officers had attended pro-Trump rally in support of the baseless claims of fraud in the election of Joe Biden. The resulting probe revealed that six more police had traveled to Washington, D.C. on Jan. 6.

Pro-Trump supporters rallied near the White House on Jan. 6, calling on Congress to halt the certification of the Electoral College results. At the rally, Trump repeated baseless claims and encouraged his supporters to march to the U.S. Capitol, where lawmakers had gathered to ratify the election results.

The event turned into a deadly riot. Five people were killed, and hundreds have since been arrested.

Trump was impeached by the U.S. House of Representatives last week for inciting the violent insurrection. The former president now faces a possible conviction in the U.S. Senate, which could result in him being banned from running for federal office again.