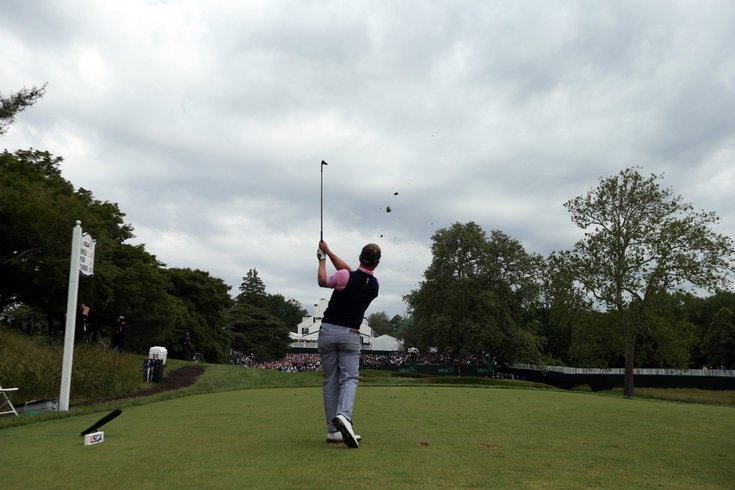 Two ticket brokers are charged in the scheme to sell thousands of stolen U.S. Open golf tournament tickets – including tickets to the 2013 event held at Merion Golf Club in Ardmore. The face value of the tickets totaled more than $3.7 million, investigators said.

A Chester County man and another from Delaware County have been charged for their alleged roles in a scheme to sell thousands of stolen U.S. Open golf tournament tickets – including tickets to the 2013 event held at Merion Golf Club in Ardmore. The face value of the tickets totaled more than $3.7 million, investigators said.

Jeremi Michael Conaway, 46, of West Chester, and James Bell, 69, of Glen Mills, are both charged with mail and wire fraud, conspiracy and related offenses, the U.S. Attorney's Office for the Eastern District of Pennsylvania said Wednesday.

Conaway and Bell allegedly conspired with former United States Golf Association employee Robert Fryer, 39, of Perkasie, Bucks County, for Fryer to steal U.S. Open tickets and sell them to Conaway and Bell, prosecutors said. The two brokers then allegedly sold the stolen tickets through their respective companies for a profit.

By working with Fryer, Conaway and Bell circumnavigated the USGA's rule that prevented sales of more than 20 tickets to any single buyer, authorities said.

Conaway allegedly first obtained U.S. Open tickets from Fryer in 2013, when the U.S. Open was held at Merion Golf Club, and continued to buy and sell the stolen tickets through the 2019 tournament. During that span, Conaway allegedly acquired more than 15,000 tickets which he then sold for a profit of more than $2.4 million.

The feds said Bell first bought U.S. Open tickets from Fryer in 2017 and continued to do so for three more years. He allegedly acquired more than 7,000 tickets during that time and sold them for a profit of close to $600,000.

"These defendants allegedly stole revenue from an American institution and legitimate business that pays taxes, employs many, supports a non-profit organization and brings excitement and income to our district with U.S. Open events at courses like the Merion Golf Club," acting U.S. Attorney Jennifer Arbittier Williams said. "Criminals that conduct ticket schemes like this prey on the excitement surrounding big events; fans should remember that any item with a low price that seems ‘too good to be true’ should be cause for caution and concern."

If convicted, Conaway and Bell could face maximum sentences of 100 years in prison, three-year periods of supervised release and $1.25 million fines. They also would have to pay restitution to the USGA and forfeit all profits earned in the scheme. Fryer already has pleaded guilty to similar charges.

Fryer earned more than $1 million from the secret ticket deals, investigators have said.

The USGA says it had no knowledge that Fryer, an admissions office employee at the organization's New Jersey headquarters, had sold 23,000 stolen U.S. Open tickets to Conaway and Bell.