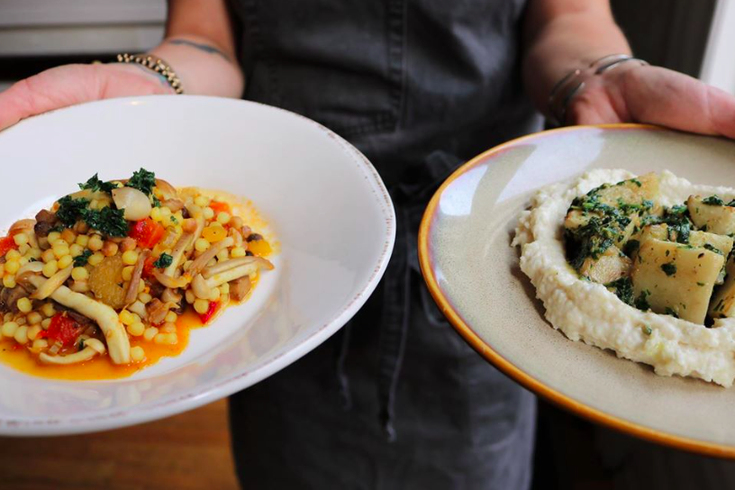 Philadelphia vegetarian restaurant Vedge opened in 2011 and set a tone for the emergence of plant-based trends. Food & Wine named Rich Landau and Kate Jacoby's restaurant one of the most influential of the last decade.

As the end-of-decade lists continue to roll in from all segments of culture, a Philadelphia restaurant has been honored on a national list of the most important eateries of the 2010's.

Rich Landau and Kate Jacoby were trailblazers in 2011 when they opened Vedge, the vegetarian destination in Center City that set a tone for changing standards in dining. Though they'd found previous success with Horizons Cafe, Vedge was a harbinger of plant-based menus becoming a regular feature of the urban landscape.

Food & Wine put together a list of influential restaurants that shaped the past decade, whose trends in social media, reservations and health-conscious dining have dramatically altered the way the industry interacts with diners.

Here's what digital restaurant editor Maria Yagoda had to say about Vedge:

The expressions “plant-based” and “vegetable-focused” feel borderline cliché at this point, but that wasn’t always true, especially not in the elevated dining space, where patrons historically expect steep checks to include showy meats, or at the very least caviar. At Vedge, husband-wife chef team Kate Jacoby and Rich Landau made it dangerously easy to justify spending lots of money on vegetables—with surprising dishes like a giant wood-roasted carrot that easily rivals any steak, broccolini “carbonara” made with Israeli couscous, and a luxurious rutabaga fondue. Jacoby and Landau, who helped pioneer this new mode of plant-based dining back in the ‘90s with Horizons, cracked a new level of visibility with the critical success of Vedge.

It's hard to argue with the impact Vedge has had on the local culinary scene. A boom in vegetarian and vegan restaurants has followed with the likes of V Street, Bar Bombón, HipCityVeg, The Tasty and several other popular establishments, as well as more plant-based items featured on menus across the city.

That spirit has also translated into partnerships to address food waste and other sustainability issues in the restaurant industry. Landau teamed up with Andrew Farley of High Street on Market and Angelina Branca of Sate Kampar earlier this year for an "Odd Bits and Misfits" dinner concerning waste.

Vedge was the only Philadelphia restaurant to make Food & Wine's list, which is a testament to its sustained success and reputation beyond the local scene.