The clip was posted to Instagram on Thursday, but investigators have determined the incident happened in October 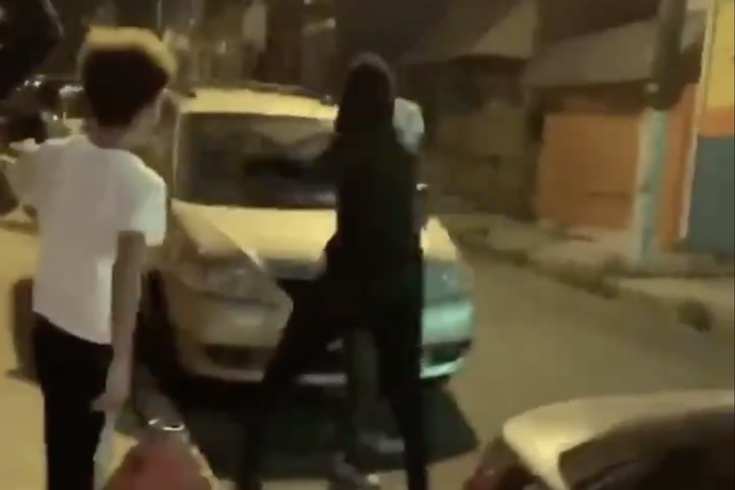 Philadelphia police are investigating an alleged assault and robbery recorded on video and posted to Instagram. This screenshot shows a man dressed in dark clothing punching another person, who is next seen falling to the ground in the video.

UPDATE (March 25, 2020): Philadelphia police have determined the attack shown in this video occurred months ago.

According to the Inquirer, police have determined the incident took place on Oct. 7, and the man being punched is Hispanic. There had been speculation on social media and by the website NextShark that the person who was punched is Asian and that the attack was connected to other racially motivated incidents around the United States related to the coronavirus pandemic.

FOX29's Steve Keeley reported the attack happened in the Fairhill neighborhood and police have identified at least two people involved, but not the puncher.

Below is the original article published on March 22. New information has been add for clarity and accuracy.

The video, posted on Instagram by user @jaydothemost on Thursday and reported by NextShark, shows a group of four men walking down a sidewalk toward another man. The man, wearing a white hat and a white sweatshirt, moves toward the street as the group approaches. But one of the men sucker-punches him in the face, knocking him to the ground.

The group continues to taunt the victim as he lies on the side of the street, the video shows. The group then places a street cone on the man's head before putting the man's hat on top of the cone.

One person can be seen taking whatever the victim might have had in his back pockets while the others mock him, the video shows.

Kenney urged city residents to contact police if they have information about the incident, which he described as a "despicable, violent crime."

We have seen the video of a person being attacked by a group in Philadelphia. The @PhillyPolice are investigating, and those people will be held accountable for the despicable, violent crime. If you have information to help the police, call 911 or 215-686-TIPS.

The video has been taken down from Instagram and the user’s account has been deactivated, but NextShark captured the video, which can be watched here. Twitter user @sumtingwong2019 shared the video on the social media platform, too.

The video surfaced while the city and state have implemented mitigation efforts to halt the spread of coronavirus. All non-life-sustaining businesses have been ordered to shut down. Restaurants may only remain open for takeout and delivery.

“During this difficult time, we must support and comfort each other, not turn to violence and anger,” Kenney wrote on Twitter. “The actions of these few do not define who we are as a city.”

Random attack on an Asian man in the streets of Philadelphia.

A detective from the Philadelphia Police Department told NextShark that they are looking into the incident and an investigation is ongoing. A police report has not been filed by the victim as of this writing. 19/3/20 pic.twitter.com/5MjIA0rDZh

It has since been determined by police that the person who was punched was Hispanic, not Asian.

Philadelphia police did not immediately respond to a request for comment. They had responded earlier to someone sharing the clip on Twitter, saying that the matter is currently under investigation and urging anyone with knowledge of the situation to contact them.

Earlier in March, Nextshark posted a video that purportedly showed a man and woman being attacked in a Philadelphia subway station by a group of juveniles.

Philadelphia police are aware of that incident, as well.

Nextshark, a website that publishes news, entertainment, and lifestyle articles focused on the Asian American communities in the U.S., also covered the incident in the SEPTA station.

Anyone with information about the either of these attacks can call the Philadelphia police tip line at (215) 686-8477.