Incident sparks concerns about xenophobia amid spread of coronavirus 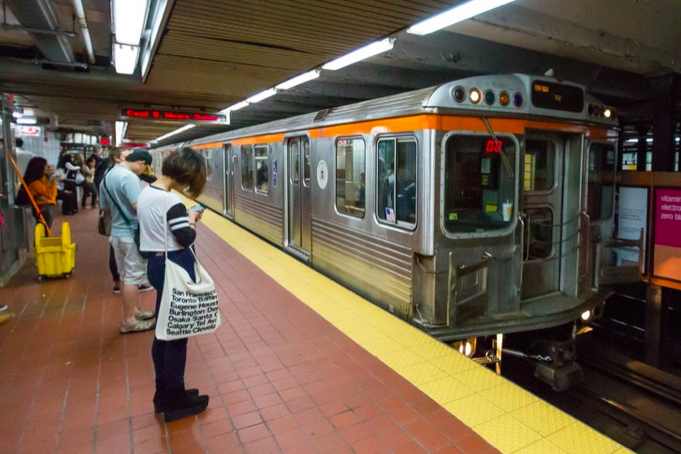 A video uploaded to Instagram shows an assault that allegedly targeted an Asian couple at a SEPTA subway station in Philadelphia. Police are attempting to gather information about the incident, which some believe may be linked to xenophobia stoked by the spread of the coronavirus.

Video online of an apparent assault that occurred in Philadelphia has caught the attention of police and has possible implications of a racially motivated attack.

A Philadelphia police spokesperson on Wednesday said the department is aware of the video, but has not yet received a report of an incident.

"We aware of the disturbing video, which depicts the assault of a young man and woman, by what appear to be a group of  juveniles," police said. "At this point, it does not appear that the incident was reported to police. However, violent acts such as this are inexcusable and should not be tolerated. We encourage the victims or any witness to contact police. We also encourage the parents of those involved to take appropriate and responsible measures."

SEPTA officials, though aware of the video, could not confirm the location of the incident, when it took place and whether it was at a station on the Market-Frankford Line or Broad Street Line.

The Instagram account @daasianhiphop posted the chaotic video Tuesday, claiming the assailant had targeted an Asian couple on a Philadelphia subway. The video was later deleted, but had also been uploaded to YouTube on Wednesday.

In the brief video, a group is seen surrounding and pummeling the couple while they are on the ground. The footage suggests the incident occurred on a subway platform, rather than inside a subway car.


The video was first picked up by Asian news and culture website Nextshark, which has followed the recent wave of harassment targeting people of Asian descent. Many of these incidents have been attributed to xenophobic hysteria surrounding the spread of the novel coronavirus (COVID-19), which originated in China and has stoked fears of a devastating global pandemic.

Last month in Los Angeles, a 16-year-old student was beaten and hospitalized in what county officials called "racial backlash" in response to stereotypes about the coronavirus.

Another video surfaced in New York City this week showing an Asian man minding his business before a bucket of water was dumped on him. He confronted and fought his attacker.

Asians around the world have been sharing countless similar stories of harassment and violence that has intensified during the last month. Philadelphia Inquirer health reporter Bethany Ao wrote openly in February about the verbal harassment she has received, while out in public, since the coronavirus emerged as a public health concern.

"All I’m asking for, as an Asian American resident of this city, is to think about how you might make someone feel with your actions," Ao wrote. "Think twice before asking your Asian friends about the coronavirus, or boycotting your usual Chinese takeout spot. Speak up if you witness racist incidents. Remember that we’re Philadelphians and Americans, too."

Those who saw the video from the Philadelphia subway station denounced the attack on social media, calling for unity and an end to the pattern of xenophobic violence.

Anti-Asian violence is breaking out everywhere...media has a responsibility to stop the xenophobia and racism they are perpetuating and we need to speak up too. Every one of us. Or more people will get hurt or worse....please...https://t.co/lBcervnkFC

PSA: attacking Asians will not prevent you from getting the coronavirus. I don't understand violent people. How does this solve the problem? And btw, all races are carrying this virus right now. It's a world wide epidemic. Let's be #HumanityFirst. https://t.co/sZ45wm6rUy

This needs to stop! Too many Asian people around the world are being targeted for no reason! 😢 https://t.co/CytFr7qLg4

Philadelphia police are asking anyone with information about the incident in the video to contact the tip line at (215) 686-8477.