By Virginia Streva
PhillyVoice Staff
Prevention University of Pennsylvania
from 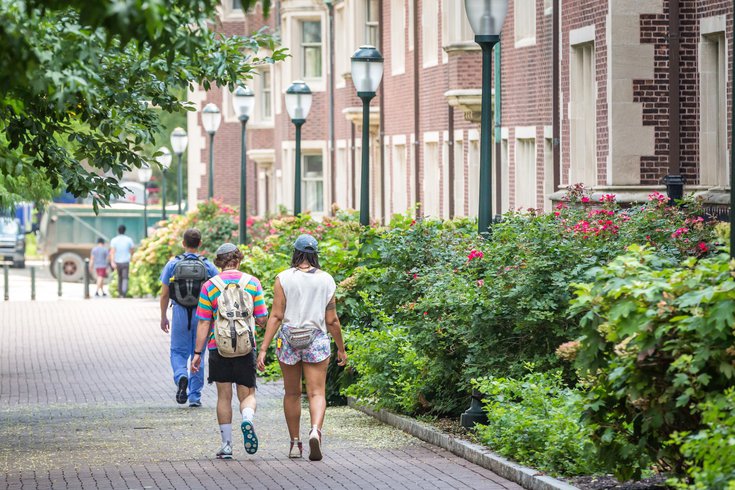 The University of Pennsylvania has suspended school-related trips to China, Iran, Italy and South Korea in adherence to the Centers for Disease Control and Prevention's travel advisories. The Philadelphia university also is instructing its study abroad students to return home.

The University of Pennsylvania has suspended school-related trips to four countries that the coronavirus has particularly hit hard.

The decision comes as the U.S. Centers for Disease Control and Prevention advises against nonessential travel to the countries – China, Italy, Iran and South Korea.

Penn also instructed its study abroad students to return home on Monday and urged the postponement of any short-term international programs slated for spring break, which begins Saturday.

Students have been asked to reconsider any travel plans during spring break, especially international trips.

"All international travelers are putting themselves at an increased risk of exposure to coronavirus disease," the university said in a statement. "This potential exposure can be compounded by unexpected delays and cumbersome logistics upon returning to the U.S."

University officials recommend anyone who does travel to China, Italy, Iran or South Korea to isolate themselves for 14 days after returning.

More than 95,000 people have contracted the illness, COVID-19, worldwide and more than 3,200 people have died. Still, the number of daily cases in China, where the virus originated, have decreased in recent days.

But the disease's mortality rate has risen from 2% to 3.4%, the World Health Organization announced on Tuesday. And cases are mounting in other areas of the world.

In light of the situation, Penn has created a task force to plan pandemic procedures. Dr. Benoit Dubé, the university's chief wellness officer, and Michael Fink, a deputy chief with campus police, will lead the task force in coordination with the CDC and other government agencies.

On Saturday, Temple University announced it was suspending its study abroad program in Rome. The news came just two days after Villanova University decided to bring its students home following an outbreak in Northern Italy.

There have been 80 confirmed cases of the virus so far in the United States, including nine deaths, according to the CDC. All reported deaths were located in Washington. Seven deaths occurred at a nursing home in Kirkland, a Seattle suburb, Seattle Times reports.

There is currently no vaccine or any medications that can treat the virus.