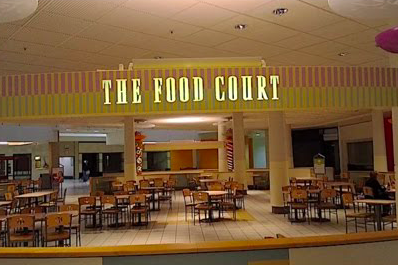 Last month, many jaws dropped when news broke that The Galleria at Pittsburgh Mills Mall, opened in 2005 and once valued at $190 million, was sold for a paltry $100 at auction and left to a dismally uncertain future.

We have it good here, in other words.

Pittsburgh's fortunes haven't been as bright lately, at least judging by the fate of the dying Century III Mall, which opened in West Mifflin in 1979 and has been outshined by the likes of the Ross Park Mall and the Mall at Robinson, among a few others.

YouTuber Dan Bell is an expert in documenting the collapse of shopping megaliths. His "Dead Mall Series" is a monument to the past and a terrifying glimpse of what it looks like when e-commerce and fading purchasing power take over in towns that may have overheated on retail during brighter economic times.

Take a look at his tour of Century III, which has been steadily declining since the early 2000's. What makes this video disturbing is that the mall is still open, home now to a handful of large department stores. The rest of its 200 shops have gradually whittled away (h/t Atlas Obscura).