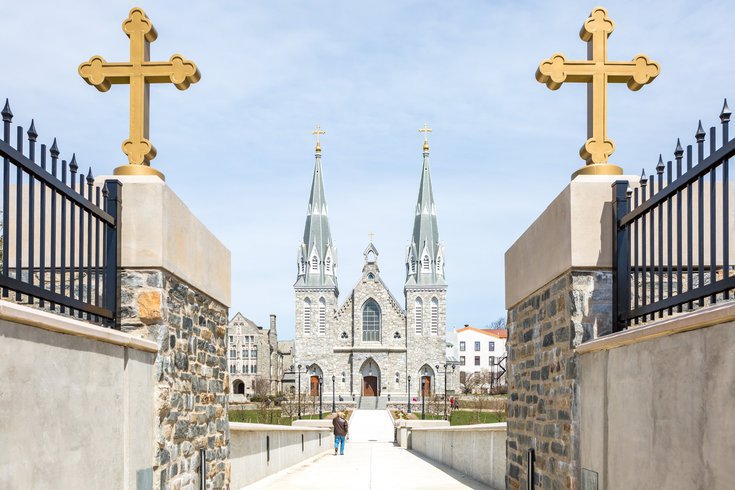 A Villanova University student is facing new criminal charges after a third woman came forward about an alleged sexual encounter that took place in his campus dorm room 18 months ago.

Iyanu Elijah Solomon, 19, a former Wildcats football player, is accused of forcefully touching a Villanova student who came to his Stanford Hall dorm room to watch a movie with him and two other women in September 2019. He has been charged with aggravated indecent assault without consent, indecent assault and simple assault.

Earlier this month, Solomon was charged with attempted sexual assault in a separate incident from 2019. His arrest came amid a slew of sexual assaults reported at the Delaware County campus, prompting the university to issue a public safety alert.

Solomon, a Maryland native, was removed from the Villanova campus after the initial charges were filed against him.

Daniel Bush, Solomon's attorney, has called all of the snowballing allegations baseless.

"With these types of lies, there are not strength in numbers," Bush said.

The third accuser came forward to police this month, alleging Solomon touched her breasts and genitals "in a way that caused her to wince in pain," according to a criminal complaint. The woman, a freshman at the time, said she had met Solomon on SnapChat and "felt trapped" when he made unwanted advances on her while the two other women were in the dorm room with them.

As the other two women left the room, the victim joined them. She said Solomon later contacted her on SnapChat to invite her back to his room on multiple occasions over the next two weeks, but she never returned.

The first woman to report an assault said Solomon pinned her to his dorm room bed in September 2019 and allegedly tried to force her to engage in sex acts, police said. The woman said she suffered injuries when Solomon allegedly grabbed her and threw her to the floor as she tried to leave.

After Solomon's arrest for that incident, a second woman claimed Solomon made unwanted advances on her in his dorm room and touched her thigh after she told him she did not want to perform a sex act on him, prosecutors said. The woman locked herself in another room after the incident and said Solomon repeatedly reached out to her on social media. Solomon was charged with indecent assault and harassment in that case.

Contacted Thursday, Bush questioned why the women in all three cases waited many months to report the incidents to police and pursue criminal charges.

"The mere fact that other baseless allegations exist does not mean that any of them is true," Bush said. "Each version of these stories is untrue, and quite frankly we look forward to proving Mr. Solomon's innocence."

In addition to the sexual assault cases, Solomon was separately charged in a theft incident in February 2020, when prosecutors said he and another student stole about $1,400 in equipment from a Villanova campus facility.

Bush said Solomon had qualified for the county's advanced rehabilitative diversionary program in that incident, which spares first-time offenders from criminal charges by giving them a path to clear their records.

A spokesperson for the Delaware County District Attorney's Office said Solomon is in the process of being removed from the ARD program, which will bring back the charges stemming from the incident.